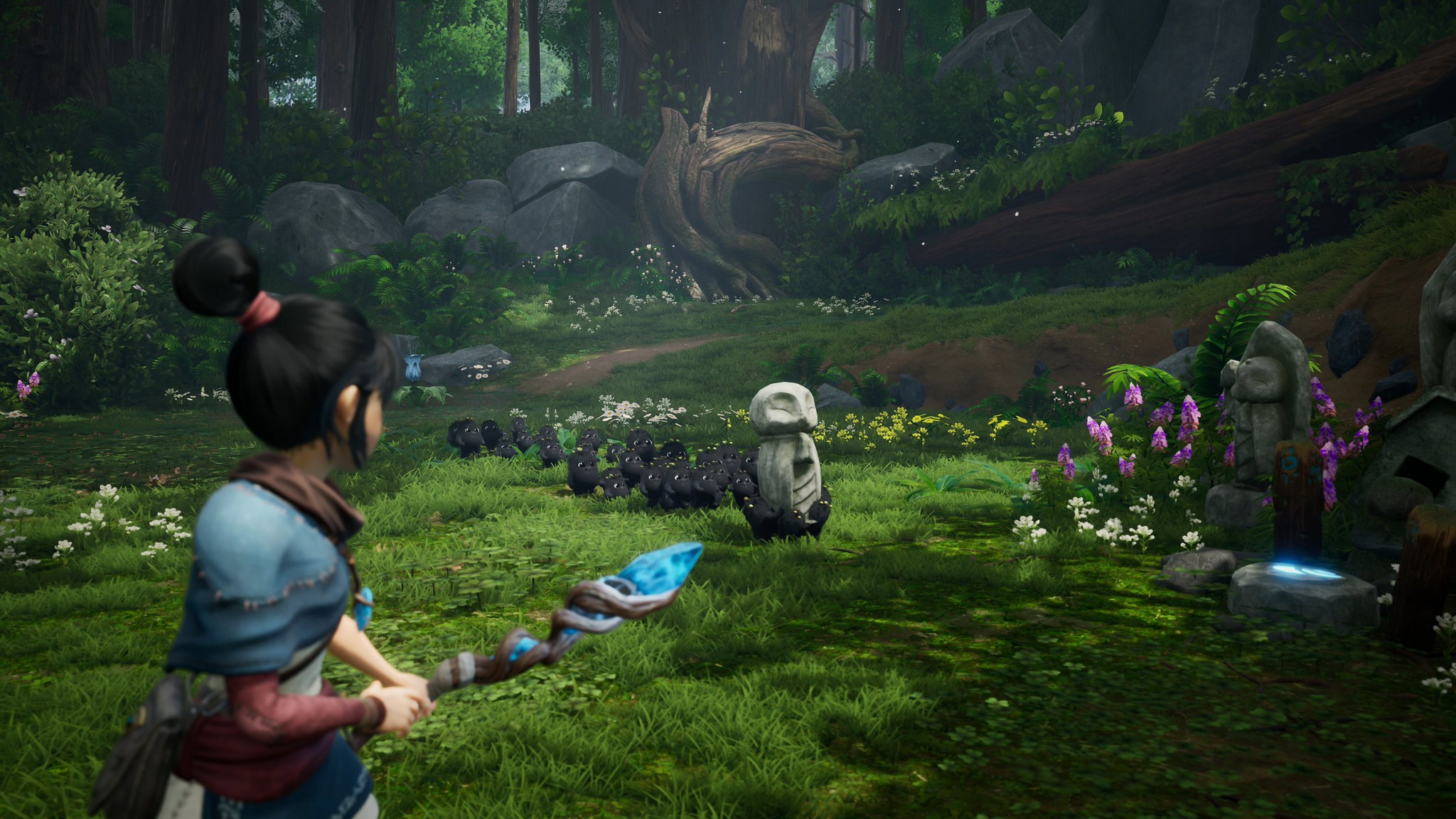 During the PlayStation 5 reveal event, Ember Lab – “a small team with a background in film and animation” – showed Kena: Bridge of Spirits, an action-adventure title that very much fits that expertise.

Kena looks like it’ll capture the magic and whimsy of a great animated film, and the young heroine has a bow and arrow, so you know this game will be at home on a PlayStation console. As for the little critters she can command in and out of combat, they’re “spirit companions called the Rot.” How sinister!

Kena’s goal is to revitalize her village and “restore the beauty of the land.”

Kena: Bridge of Spirits is aiming for holiday 2020, and surprisingly, it’s not just releasing on PS5 – an after-the-fact press release mentioned a PS4 edition and PC version via Epic Games Store

Until then, make sure to check out Ember Lab’s Majora’s Mask – Terrible Fate fan film from 2016.