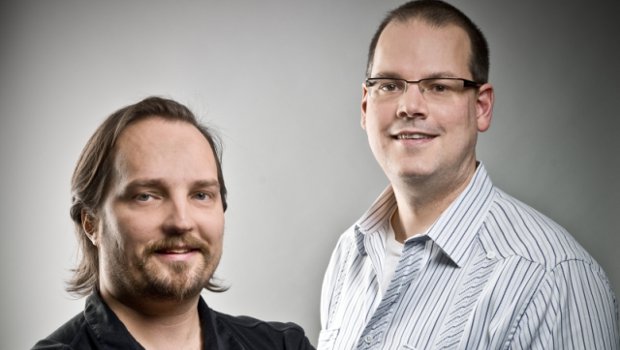 This era of gaming that we’re currently entrenched in has had more than a few defining titles, but the creations of Irrational Games (Bioshock) and Bioware (Mass Effect, Dragon Age) are standing near the top of that heap. So of course I’m intrigued by a discussion between Irrational Studio head Ken Levine and Bioware co-founders Ray Muzyka and Greg Zeschuk in the most recent episode of Irrational Interviews.

Touching on what it’s like to launch a new MMO, becoming the industry presence that they are after nearly 20 years in the industry, as well as the business side of game development, the trio gets into some intriguing discussion. There is one topic in particular though that is becoming more and more relevant as the industry develops: the balance between being a creator and releasing a product.

Many a Bioware fan has wondered “Why aren’t they making Baldur’s Gate?” It’s a fair question and, obviously, they’ve moved on. As Muzyka and Zeschuk note, however, their experience and the remnants of their earlier successes is apparent in their more recent products.

When asked what motivates the change in their titles, they reference their three primary stake-holders: the fans, the team, and the investors. What are the fans asking for, what does the team want to work on, and what will be effective in sustaining the company financially? Speaking as one who has been dying for a new Knights of the Old Republic or Baldur’s Gate, it can be a bit frustrating but I guess the short answer is that if it’s not right, it’s not right.

It’s the breed of industry discussion that I love to see; developers getting together and sharing their thoughts, experiences, and what they’re looking forward to as this industry continues to develop, but what’s really refreshing is their obvious passion.