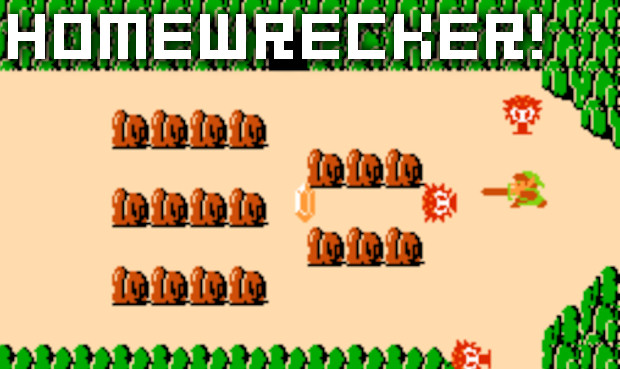 BioShock creator Ken Levine takes games seriously. So seriously, in fact, that he lost his first real girlfriend thanks to The Legend of Zelda, among other classic games such as Adventure, Ultima Underworld and Castle Wolfenstein. It’s funny that Nintendo markets itself so much toward families these days, when once upon a time it was the cause of more than a few broken relationships.

“After I graduated from college, I moved to an apartment in San Francisco with the first super-serious girlfriend. She was a couple of years younger than me, so at the end of the summer, she was set to go back to school,” explains the game designer. “On our last day together in San Fran, I for some reason picked up The Legend of Zelda. As she stood by waiting for some romantic gesture to happen on our last day living together, she was instead treated to watching me obsessively plow through Hyrule for around 15 hours.”

“By the time the cab showed up to take her to the airport, I realized if I had any hope of keeping her as my girlfriend, it was time to shut off the NES. Needless to say, we didn’t spend the next summer together.”

The silly bint should have realized she was competing with The Legend of Zelda and stood aside, really. Any woman incapable of facing reality isn’t worth keeping.