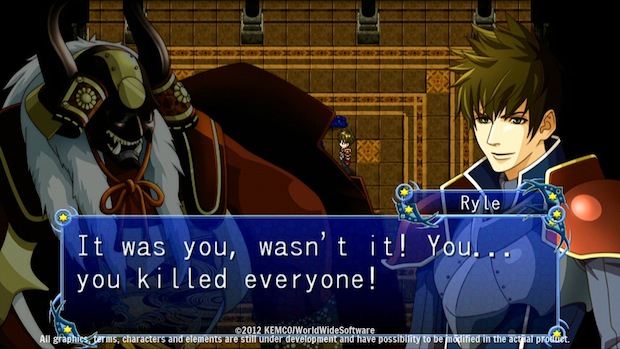 Kemco unveiled a new JRPG at E3, but we somehow missed it. If the Japanese publisher had not sent us screenshots and a new trailer for the upcoming game, we would have missed it entirely.

Symphony of the Origin isn’t the greatest name, but RPGs are supposed to have silly names, right? Kemco says this game is still under development, planned for release at the end of this year for Android and iOS platforms. It serves as a prequel to Symphony of Eternity, which also does not have a great name.

Origin tells the story of a once peaceful world, now in war against the “Evils of the Earth-depths.” Ryle, a young soldier of the kindgom, accepts his destiny by activating a golem that had been sleeping in the basement of the castle.

This looks to be standard JRPG fare, but I’m always open full-sized games of this type on mobile devices. You?