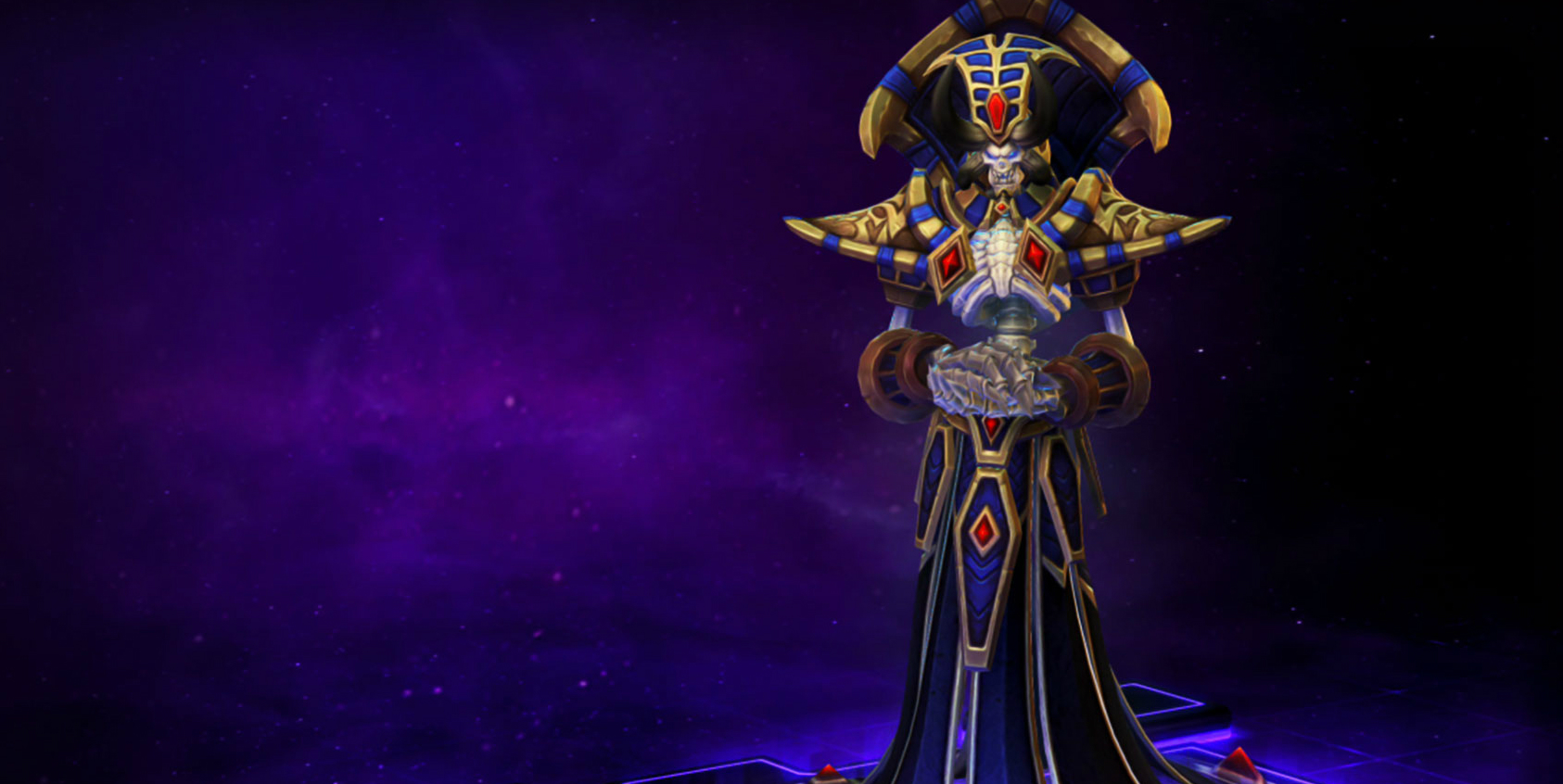 I think he’ll be relevant for a while

Kel’Thuzad is a massive part of Warcraft‘s history. Not even including his two featured WoW raids, Kel’Thuzad set Arthas on his path to become the Lich King, and is one of the original Undead heroic units in Warcraft III.

The wait for him to enter Heroes of the Storm‘s Nexus has been lengthy, but I’m just glad the team got him right.

Although I’m frequently at odds with how Blizzard handles balance changes or certain heroes over time (what gives with Chen?), I feel that they absolutely nail new hero releases. Even if they don’t fit the fantasy per se they still offer up a fun playstyle to engage with, as was the case with Garrosh and Probius. I’m partial to Kel’Thuzad  because really, you can always use more mages.

There’s a lot of inherent skill built around his basic abilities. You need to hit to fuel his baked-in quest for more damage, and nearly all of his powers are either skillshots (his plague area-of-effect even needs to hit a target manually) or delayed actions. Everything needs to be deliberate and chained, but if you can handle that, he’ll dish out a massive amount of pain.

This need for accuracy is exasperated by the way everything works together, as most of his talents play off one another. Kel’Thuzad can use his chains to pull enemy heroes together (or tie them to structures temporarily), but in solo situations with the right talent, he can create a block of ice that can be used as a chain target — so even in a one-on-one match chains is a great tool if you build around it.

Even with basic abilities and any given heroic  he’s a beast. Shadow Fissure, my favorite heroic, is simply a delayed area-of-effect blast that has a 15 second cooldown — if you opt for the level 20, you can reset it instantly after a hit (not a kill, a hit). He can also get a cool shade power at 20 or a dash that resets after a kill (much like Genji’s E). Kel’Thuzad’s design also makes an impact on the battlefield. He has his original voice actor (the same one as Arthas and Uther), comes with a built-in floating mount effect, and feels as imposing as he should. Maybe a little too imposing (his model is huge), but imposing all the same.

Due to his tricky mage style that has the potential for huge burst when enemies are rooted (from his own toolkit and other party members), I think we’ll be seeing a decent amount of Kel’Thuzad play. Even with tweaks or nerfs at launch (which I don’t necessarily think are coming), he’ll have a place in a lot of compositions.