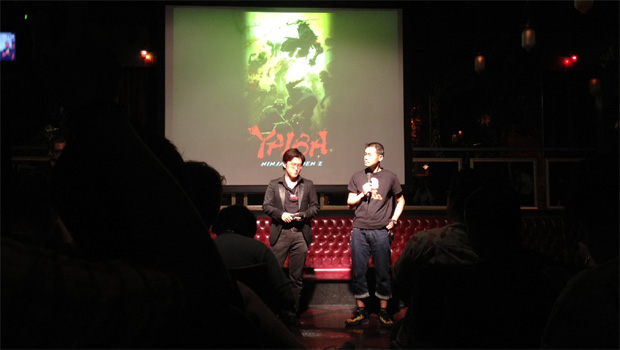 [Update: We now have the debut trailer, which you can see above. Prepare your mind to be blown.]

At tonight’s Tecmo Koei event in Shibuya, Keiji Inafune appeared to reveal that the “YAIBA” game we heard about last week is, in actuality, Yaiba Ninja Gaiden Z. Holy. Crap.

Inafune called the project, “a dream come true” and something he has wanted to do since leaving Capcom. The title is currently slated for release on consoles and Tecmo is partnering up with western development studio Spark to make the game.

So, what’s the “Yaiba” refer to? Inafune explained that this new protagonist is out to kill Ryu Hayabusa. I’m sure that won’t be difficult at all.

I haven’t been a big fan of Ninja Gaiden since the transition to 3D. But with Inafune at the wheel — and with the combination of robots, zombies and ninja — I’m suddenly very interested. We’ll be keeping our eyes very peeled.