That’s only five of the games that will make their world premiere at the 2009 Spike Video Game Awards, which airs on Spike TV this Saturday. But according to GameTrailers TV host and VGA producer Geoff Keighley, we haven’t seen anything yet. He promises “more than 12” exclusives, including all new footage of Ruffian’s Crackdown 2, a new Star Wars title, and at least two games Spike can’t even hint at.

“We definitely have some pretty major surprises still to come,” he tells me. “Essentially, the biggest thing in the show hasn’t even been announced yet.”

Despite the busy VGA production schedule, Keighley took some time to chat with me about getting those big exclusives, what should (and shouldn’t expect) from the show, and his personal pick for “Game of the Year.”

While last year’s VGAs ushered in “Gamer Heaven” — complete with stunning, silver-painted female models wearing angel’s wings — Spike is taking 2009 in a new direction. The theme this year, Keighley tells me, is a virtual digital set that will evolve as the show progresses. The set you see when the show breaks for commercial won’t be the one you see when it comes back — a quick environmental costume change, if you will.

“We’re going to keep some of the environments secret,” Keighley tells me, “but you’ll definitely get to see that we’ll be transforming a lot of worlds, even some game worlds, as well. We’re working with some game publishers to actually create some of the very cool content.” 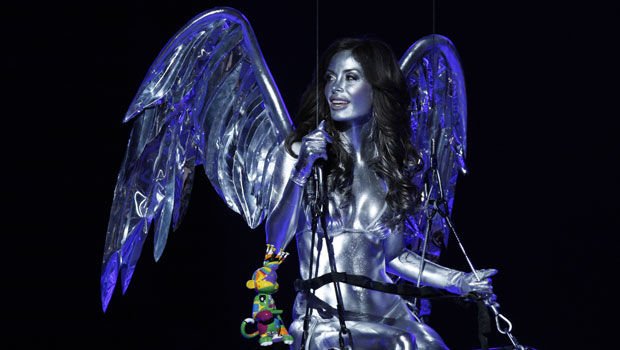 When it comes to gamers, the coolest content will be the game exclusives. While Spike chose over a little over a dozen, there were plenty of exclusives — pitched by the publishers themselves — it had to choose from.

“Publishers really get excited about it,” he explains. “I think what happened last year is that we had so many exclusives with God of War III and Uncharted 2, everyone who was in the show last year had an incredible experience and wanted to come back.”

Those left out, he tells me, were clamoring to be involved, coming in really early to find out how to get involved. The fact that the VGAs will air in some form across 180 countries didn’t hurt matters, either; a worldwide footprint like that is a dream come true for publishers in terms of promotion.

In fact, Keighley said they had “north of about about 40 games” offered for the show, but had to make the difficult decision to pick and choose the best fits for the VGA audience. It’s balancing act, he says, between offering up content for the hardcore gamers, while still appealing to Spike’s more mainstream demographic.

“You know, I think we do a pretty good job that will get the hardcore excited, but we also have to look at the broader more mainstream audience,” he says. “Because if I booked ten Japanese RPGs on the show, that might be great for some of the real hardcore guys, but that’s not what’s going to appeal to the mainstream crowd.”

The perfect example of this balance is the first-look world premiere of Bungie’s Halo Reach. The Halo franchise has garnered acclaim from traditional hardcore gamers and a mainstream audience alike. In 2008, Microsoft touted Halo 3 as having the biggest launch day in entertainment history, pulling in a whopping $170 million in sales in its first 24 hours of release. The appeal of Bungie’s next Halo project is undeniable, and according to Keighley, the Halo Reach reveal at the Spike VGAs is set to blow people away.

Clocking in at two minutes and thirty seconds, it’s “basically the opening of the game,” and will give gamers the first look at the Halo Reach engine running in real-time. You’ll meet the game’s characters for the first time, complete with dialogue, all backed by an original score by Bungie’s musical daddy, Marty O’Donnell.

“It’s been a couple of years since we’ve seen new technology from Bungie,” he explains. “As soon as you see Reach, you’ll realize that these guys have definitely upped the ante when it comes to visual firepower of the engine.”

As for the other premieres, Keighely is keeping them close to his chest, saying they couldn’t even “pre-promote them because no one knows they exist yet.” Spike has even teased two “mystery games,” which the Internet quickly speculated were a 2K Games Spec Ops reboot, and a potential open-world Activision-published title called Black Lotus. He won’t reveal if any of these guesses are on the money or completely off-base.

“There’s been a lot of speculation online,” he admits, being careful not to say too much. “I think people have been speculating in the wrong way sometimes, as well.”

One reveal you won’t be seeing, as some have guessed, is the recently announced Dead Space 2. Keighley quickly put his foot down on that one, saying that “it’s not at the show and wasn’t planned to be at the show.” Don’t expect to see anything from Microsoft on Project Natal, or even Sony’s motion controller, codenamed “Gem,” either. 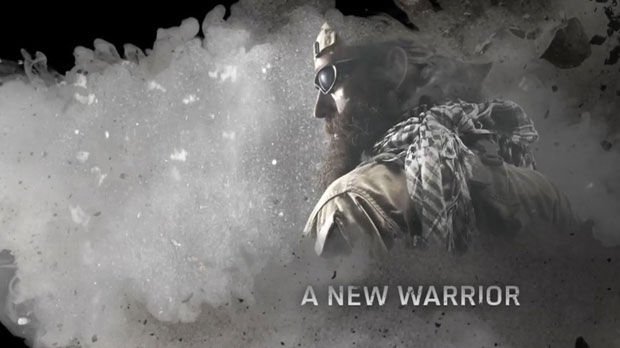 But what of other quiet Internet chatter that perhaps Epic would be revealing Gears of War 3?

“What I can say on that…” he says after some hesitation. “There are some I can’t confirm or deny. What I can say is that I think some people saw our original publisher list and were speculating what games could be a part of that.”

What you will see, as with previous shows, are plenty of celebrity appearances. Actor Jake Gyllenhaal will be on hand to introduce an exclusive clip from the upcoming Prince of Persia: The Sands of Time film, for instance. Snoop Dogg and The Bravery will perform. Keighley also mentions that Year One‘s Olivia Wilde and Heroes‘ “Sylar,” Zachary Quinto, are also scheduled to attend.

“One thing you’ll see is that the vast majority of the people in the show celebrity-wise have a tie to the gaming world,” he explains. “I’m not going to say that every person on the show is going to be a hardcore gamer. There will be some exceptions, and there will be some fun things. Like Mike Tyson will be there, because he was in Fight Night Round 4. We’ll have a couple of tips of the hat for those entertainment junkies.”

The tie between Hollywood and gaming doesn’t get more obvious than with Tron Legacy, which hits theaters next year; the film’s game tie-in will premiere at the VGAs. Keighley says that Spike has been working closely with the film’s director, Joseph Kosinski, to premiere the game big at the awards show.

Tron Legacy is Kosinski’s first feature film, but he’s no stranger to gaming — he directed a commercial spot for Halo 3, as well as the now-legendary “Mad World” commercial to promote Gears of War. Keighley calls the Tron game reveal a “killer piece of content,” which will feature exclusive new music from Daft Punk, with original visuals and footage created by Hollywood special effects juggernaut Digital Domain.

Hollywood connections aside, you can expect a ton of folks from the game industry to make appearances as well. Epic’s Cliff Bleszinski has already picked out his outfit. Infinity Ward’s Vince Zampella and Jason Ward will be on hand to look on, as Call of Duty: Modern Warfare 2 is nominated for a handful of awards. Harmonix’s Alex Rigopulos, Randy Pitchford from Gearbox, Double Fine’s Tim Schafer, the Naughty Dog crew… the list goes on. In short, the VGAs won’t be short of videogame “celebrity,” that’s for sure.

With all of the exclusives, glitz, and glamor, it’s easy to forget about the reason why the show exists — the awards. There are over two dozen categories, with games hand-selected by a panel of industry professionals selected by Spike. [Full disclosure: I participated as part of this year’s VGA Judges panel.] Keighley says he wasn’t surprised by the final game choices, especially for Game of the Year — Assassin’s Creed 2, Call of Duty: Modern Warfare 2, Uncharted 2: Among Thieves, Batman: Arkham Asylum, and Left 4 Dead 2. 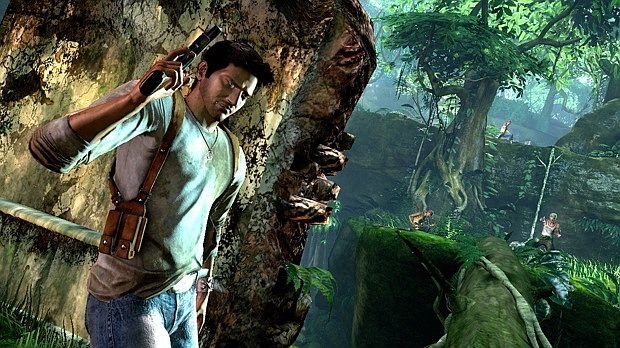 “I think it’s hard to argue that anything else deserved to be in there,” he says, before admitting he was surprised by one game that didn’t get any nominations — Capcom’s Resident Evil 5.

“I think that’s a game that came out so early in the year that people kind of forgot about it. It certainly wasn’t a ’95’ rated game, but I thought that it might get some nominations.”

As for his own Game of the Year pick, he wouldn’t commit to one, but throws out that two of his favorite games of 2009 were Uncharted 2 and Batman: Arkham Asylum. He admits it may seem like a bit of a cop-out, Uncharted 2 being an obvious choice, but praises the “pure cinematic mastery” that Naughty Dog brought with the title. But it does sound like he’s got a soft spot for Rocksteady’s take on the Dark Knight.

“Everyone knew Assassin’s Creed 2 and Modern Warfare 2 were going to be great games,” he tells me,”and they were. But Batman sort of came out of nowhere, from an unknown studio and sort of surprised us. So I think I have a certain place in my heart for the game.”