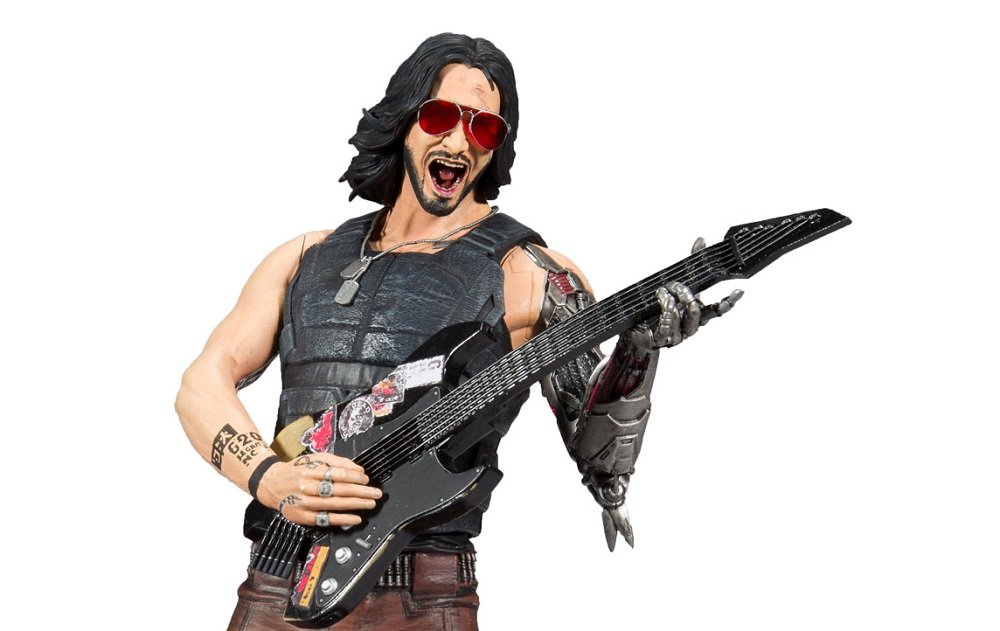 Made of plastic but 100% metal

Action figure manufacturer McFarlane Toys has revealed a new line of products that will be released alongside CD Projekt RED’s hugely-anticipated Cyberpunk 2077, which finally hits PC and consoles just a few short months from now.

As spotted by PC Gamer, the three figures currently revealed in the range include the notorious Johnny Silverhand, the classic Cyberpunk 2077 character who will be portrayed by Hollywood actor Keanu Reeves. A traditional seven-inch action figure of Johnny comes complete with a guitar and a bottle of booze, but the real money is on a rad 12-inch edition, frozen in Ted Theodore Logan mode, rocking a metal scream and nut-hugging slacks.

In addition to Mr. Silverhand, McFarlane has also revealed a seven-inch action figure of Cyberpunk 2077 male protagonist V, as he appears on the game’s box art. As noted, this is sort of a bust, as most everyone playing Cyberpunk will be designing their own hip hero from scratch. V comes packaged with an SMG, a handgun, and a pink katana. You can check out images of all three figures in the gallery below, ahead of their expected spring launch.