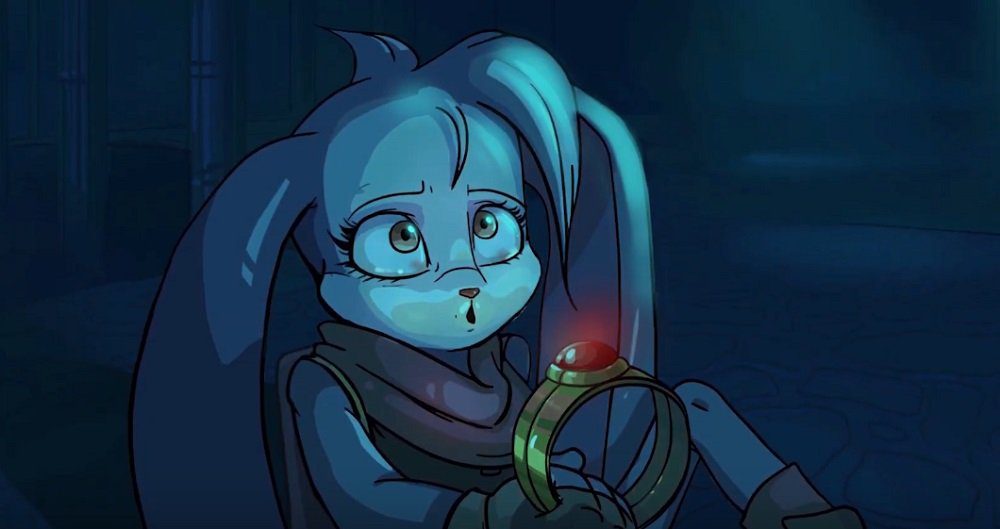 Indie outfit PixelHive has released a new trailer for its ’90s-syle platformer Kaze and the Wild Masks, which will come bounding onto PS4, PC, Xbox One, Stadia, and Nintendo Switch on March 26.

The animated preview tells a wordless tale of Kaze’s quest, as the brave bunny battles her way through The Crystal Islands of a journey to rescue the soul of her friend Hogo from a malicious curse that is smothering the landscape. In order to combat an army of killer vegetables and traverse numerous perils and hazards, Kaze will call upon the power of several mythic masks, which will imbue her with the powers of animals such as tigers, hawks, reptiles, and sharks. Altered Beast would be very proud indeed.

PixelHive’s vision for Kaze and the Wild Masks combines the charming aesthetic and challenging-but-compelling platform action of the 16-bit era with smooth, slick, modern gaming methodology and technology. Kaze and the Wild Masks features 30 action-packed levels, luscious pixel animation, and a score of 25 retro-inspired tracks. It looks absolutely perfect for whiling away lazy afternoons and I’m definitely going to hop on this one when it hits the market later this month.