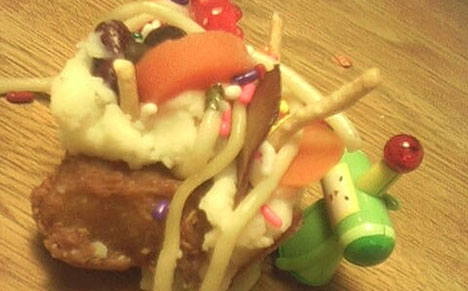 Because it’s cute, colorful, and quirky, a Katamari Damacy game would be perfect for the Wii. That’s what everyone seems to think, at least, but not the game’s publisher.

Not only has Namco Bandai never officially announced a Katamari game for Nintendo’s console, but now the damned thing is canceled. TripleTags, who pre-ordered the non-existent game with Wal-Mart, is reporting that they received the game’s obituary in an email from the retailer. Bad news for the King of All Cosmos, who probably would have been a huge hit with senior citizens and stay-at-home moms across the United States.

But the dream isn’t dead yet — Target is still accepting pre-orders for the $29.99 title, which is set to hit shelves on June 3! Or wait, wait … let’s start a rumor right here: maybe the game has been moved to WiiWare? The anticipation is killing me.

More on this non-existent game that may possibly actually be a game that will happen sometime in the future as news breaks.