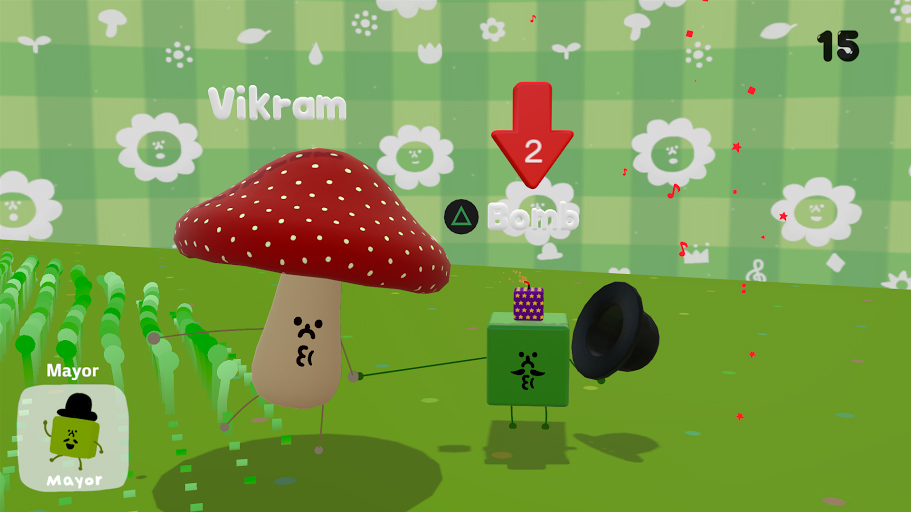 A couple weeks ago, I saw Wattam, a near-indescribable game from Funomena and the creator of Katamari Damacy, Keita Takahashi, at a pre-E3 event. (He had excellent socks.) I’d heard that name before, Wattam, but didn’t have the slightest idea what it was in terms of being a video game. I’m still foggy, if I’m being honest. This footage is something of a miracle. Please watch it.

At one point in the game, a soccer field attaches itself to your floating world. Sure, you could compete normally against a second player. But, better yet, you can bring one of the goals to life and chase after the ball, swallowing it to score a point. This is business as usual in Wattam.

I’m a huge Katamari fan, both for its unabashed silliness and for its eternally rewarding roll-a-ball-over-stuff gameplay hook. As funny as Noby Noby Boy was, I didn’t feel the same connection. I soon grew restless. Wattam is similarly more toy than game, but damn if it isn’t full of joy. 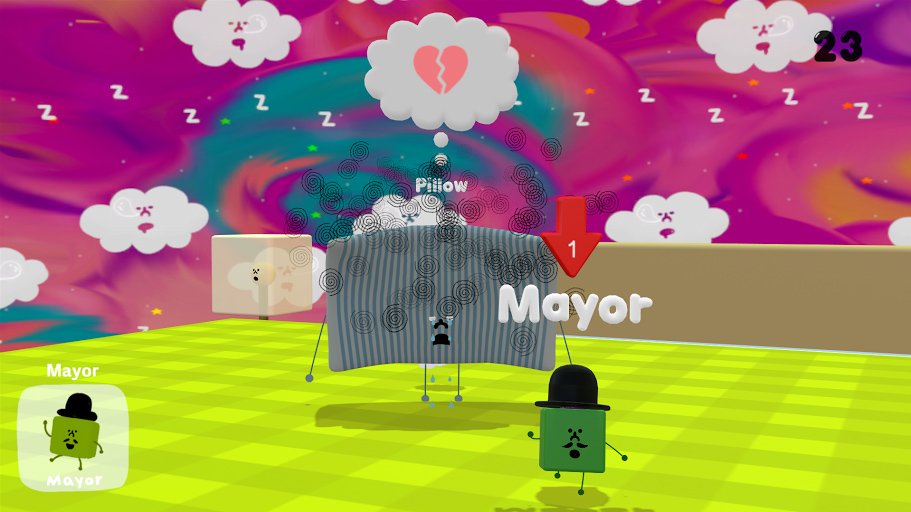 It starts with just the Mayor, that boxy green guy pictured above. He has a penchant for explosions. You can assume direct control of him and countless other objects (which, hilariously, have human names) and your ultimate goal is to explode together by holding hands to form a chain.

The trick is using each character’s ability to interact with their surroundings and one another. Doing so will expand the world and bring new folks into the fray, from sushi to a toilet to a lawn mower. The music brings this concept home. Characters have their own sounds, their own tunes, and the audio flows to form a cohesive whole even as you incessantly flip back and forth between them.

This is the kind of game best played socially with a group of friends and some beers, or perhaps with a child. Its creation was influenced by Takahashi playing make-believe with his two-year-old. That inspiration shows. Wattam is coming to PlayStation 4 next year, and I am pumped.