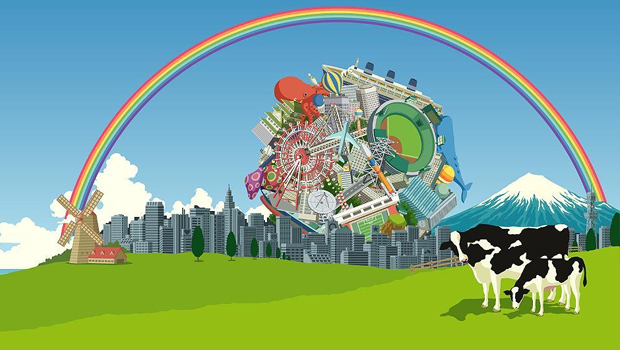 Roll up all the things!

Katamari Damacy is coming to PlayStation Network! Announced during this week’s PlayStation Blogcast, the first entry in Namco Bandai’s acid trip of a series is set to arrive as a part of next Tuesday’s PlayStation Store update.

Initially an obscure budget release from the depraved mind of Keita Takahashi, the title unexpectedly became a cult hit in the West, leading to numerous sequels across various platforms including the recent Touch My Katamari on PlayStation Vita. Now this digital re-release will give folks the opportunity to go back to the origin of all the cosmic insanity witness the experience that started the craze.