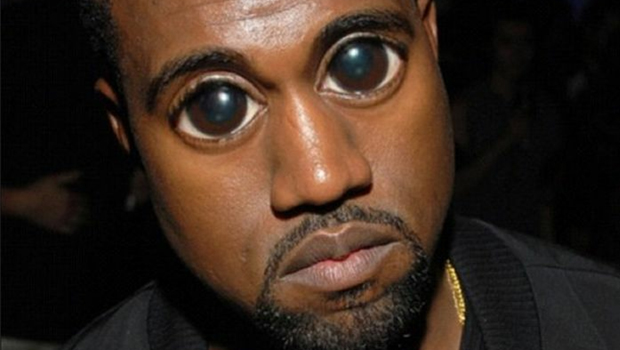 Have you ever thought, “Gee, it must be easy to be Kanye West.” Well, then do I have a game for you!

Life in the West comes from Davey Wreden, creator of the celebrated, mind-bending Half-Life 2 mod The Stanley Parable. He hasn’t promoted the game beyond giving a link on Twitter. I somewhat doubt this is the game he worked on for six months and cancelled. In either case, it gives Kanye Zone: An Interactive Web Experience some serious competition!

Wreden describes the game as “the psychological collapse of Kanye West seen through his Twitter account.” If you’ve followed the rise and fall and continual limbo of Kanye, you’ll likely see the humor in this game and maybe even spot a couple Twitter posts (all of which are taken from his account). “We had PLENTY of material,” Wreden wrote.

Life in the West is more of a parody than a game. You start a Twitter account for Kanye, acquire Kanye Points from tweeting, and spend the points on following fake Twitter accounts. It’s really, really dumb, but the presentation makes it worth checking it out. Loud happy hardcore music blasts while you slam on the keyboard to type out predetermined, automated tweets, such as “Man… whatever happened to my antique fish tank?” And then the Final Fantasy VII fanfare music plays.

Alongside this peculiar project, Wreden put out a trailer for The Stanley Parable: HD Remix. Who knows if it will live up to Life in the West but it might. It just might.