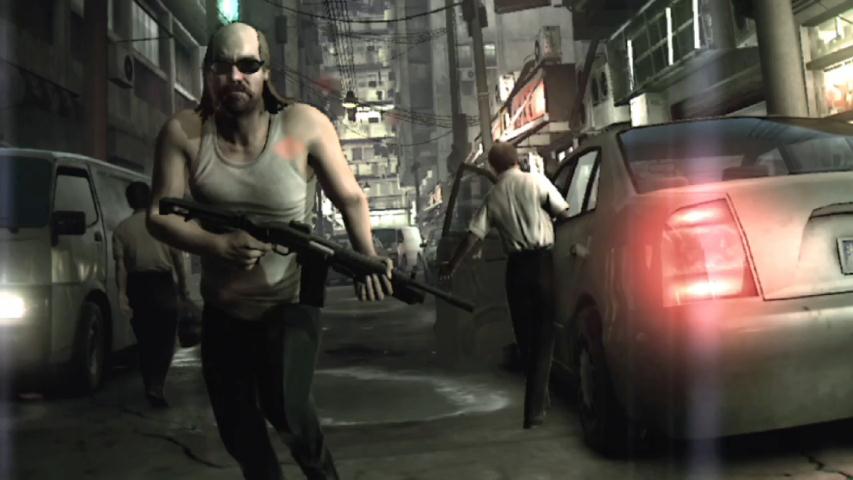 Beyond the grit and the shaky cam, the latest trailer for Kane & Lynch 2: Dog Days kicks off where the game itself begins. Kane has been called to Shanghai by Lynch, who has made the massive, bustling Chinese city his home. Three years have passed since the events of the original game, and though the two have since been apart, something has brought them back together — money.

Lynch contacts Kane to help him on a job, a massive-but-straightforward arms deal that should have been a breeze. But as with all good action stories, things aren’t what they seem, and something goes awry.

“Once Kane and Lynch get together, things tend to go wrong,” game director Karsten Lund tells me, “as usual.” 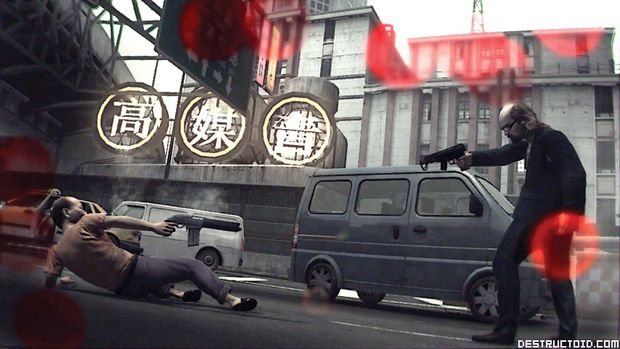 Three years is a long time, and as Kane and Lynch were never partners by choice, the reunion starts off a bit… awkward. In the trailer we see Lynch reach out for Kane’s hand, an amiable, but seemingly forced, gesture. Kane simply ignores it.

“It’s not like these guys are friends,” Lund explains. “Like in the first game, they were a little reluctant to be together, but they were forced together by certain things. This time around, that’s kind of reflected, and I think they need to validate their relationship somehow, to figure out if they really belong together or what’s gonna happen between them.”

“I think Lynch is a little bit nervous about what’s going to happen,” he continues, “but I think Kane is a little bit… he doesn’t know if he’s made the right decision. And they’re going to figure out if that’s true.” 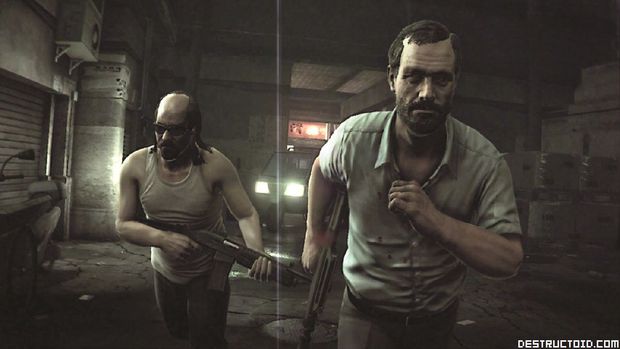 In the time between their last visit, a lot has changed, too. As Lund explains it, Lynch is “much more together, much more cool. He feels at home in this new town, he’s got a girlfriend.” As for Kane, Lund says he’s “maybe toned a bit down, a little less than a mercenary type, more of a human. So I think they kind of meet halfway this time around.” Lund also feels that this time around, Kane and Lynch won’t be the same, reprehensible monsters they came across as in the first game.

“I think that we get a little bit of a feel for their motivations,” he says, “their story driven motivations. And actually, it’s not about being the bad guy. It’s about having to make a choice, like we all do. Everybody can get pushed, it’s just a matter of how hard you do it, I guess. So we don’t [have you] play the bad guys. We want to portray a different character than your space marine or your S.W.A.T. team dude.” 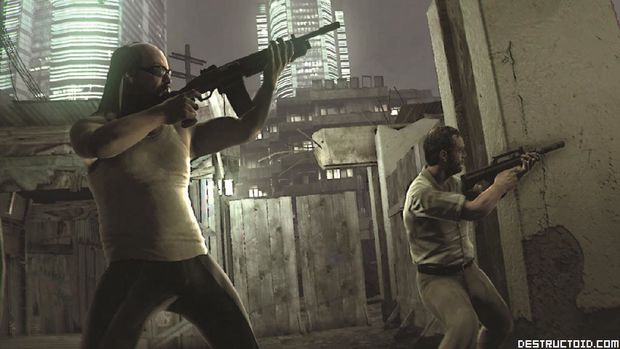 Dog Days takes place across two days and two nights in what appears to be the seediest parts of Shanghai IO Interactive could muster up. I tell Lund that the trailer frightens me; I never want to visit Shanghai after seeing this minute and thirty seconds of footage. He laughs, but assures me it’s not as it seems. The team made a visit to the city for research, but the ultimate vision was their own take, designed to fit with the game’s narrative.

“We went there, and it’s not all bad,” he says. “It’s actually a beautiful place. Again, this is our version, this is our perception. But I think we stayed very true with how you perceive it when you go there. And the fun part of being in Shanghai is that it’s so diverse; it’s so new and old at the same time, so rich, so poor. Just from block to block it changes. You can go from ruins to shiny skyscapers in the distance of ten meters. So I guess Kane and Lynch hang out in some of the places sometimes.”

Lund says he and the IO team didn’t necessarily visit any of these “wrong places” (“I’m not sure how wrong the places I went were.”), but he does note that Shanghai is probably a little worse for wear after Kane and Lynch’s visit.

“It’s kind of sad for Shanghai,” he says, “because the city is the big loser in this story.”