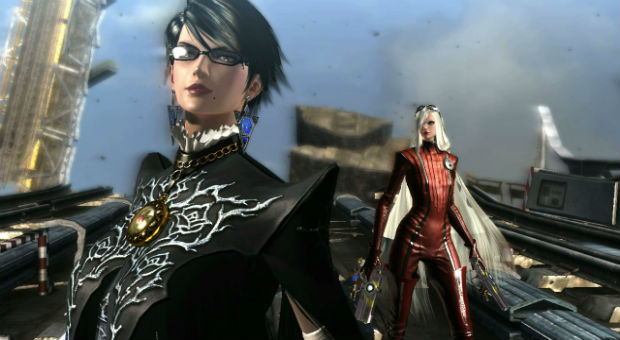 ‘Ask for Mario and Zelda too’

As we draw closer to the international release date for Bayonetta 2, a lot of people continue to bring up the exclusivity deal. “Will we get it one day on other platforms,” people ask constantly, hoping that one day it will see a release outside of Wii U. Of course, producer Hideki Kamiya is there to shut those hopes and dreams down.

Speaking about the deal, Kamiya notes that if you want to see it on other platforms, “ask Nintendo” — implying that there’s no chance, and to “try asking for Mario and Zelda too.” Check out the full quote below.

I think I have discussed this many times before but here goes… First of all, we [Platinum Games] are developers and receive support from publishers by making games that they request or suggest.

As for Bayonetta, we developed the game after signing a deal with SEGA. Later it was decided to also develop the sequel, so we started working on Bayonetta 2.

When development had progressed to a certain degree, in SEGA’s situation it turned into “This isn’t a good plan”, so development halted temporarily.

Without funding we didn’t have the possibility to continue development, but we wanted to get this partially developed Bayonetta 2 available to the public one way or another. So we offered it to various publishers, but as it is a big title, we couldn’t find a partner company. Finally, Bayonetta 2 was about to get terminated completely, when…

Nintendo came in and lent a hand and we were able to restart the development we so desired. Finally the game was released last week, so in five years, we were able to make Bayonetta 2 available to the public.

Knowing those circumstances, if someone is still angry for heading towards Nintendo, I wonder what’s the reason for that, wouldn’t you tell me in a way that is easy to understand?

As I have said earlier, if you want Bayonetta 2 on PS4 or Xbox One, how about trying to ask Nintendo… If Nintendo doesn’t say yes, it’s not going to happen… While you’re at it, try asking for Mario and Zelda too…