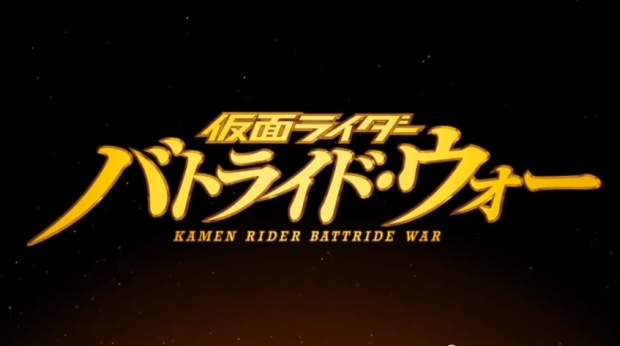 Just yesterday we brought you news of Kamen Rider: Battle Ride Wars, a soon-to-be-released PS3 game in the Dynasty Warriors mold. Turns out that that isn’t entirely correct, as Namco Bandai’s new trailer reveals the game’s name to be “Kamen Rider Battride War.” As a person who appreciates both Dynasty Warriors-type games and Japan’s love of strange word truncation, this pleases me.

The trailer itself is mostly CG, showing off pretty much every Kamen Rider lead character from the “Heisei” (post-1990) period duking it out against a host of minions and Apollo Geist, a villain that menaced Japan’s airwaves way back in 1975.

A few seconds of gameplay are visible at the end, alongside an ad for the game’s “Premium TV Sound Edition,” which comes with a Blu-ray soundtrack featuring 30 Kamen Rider themes drawn from the franchise’s forty-year history. As for the gameplay? Well, it looks kind of like Dynasty Warriors, which in this case is a good thing.