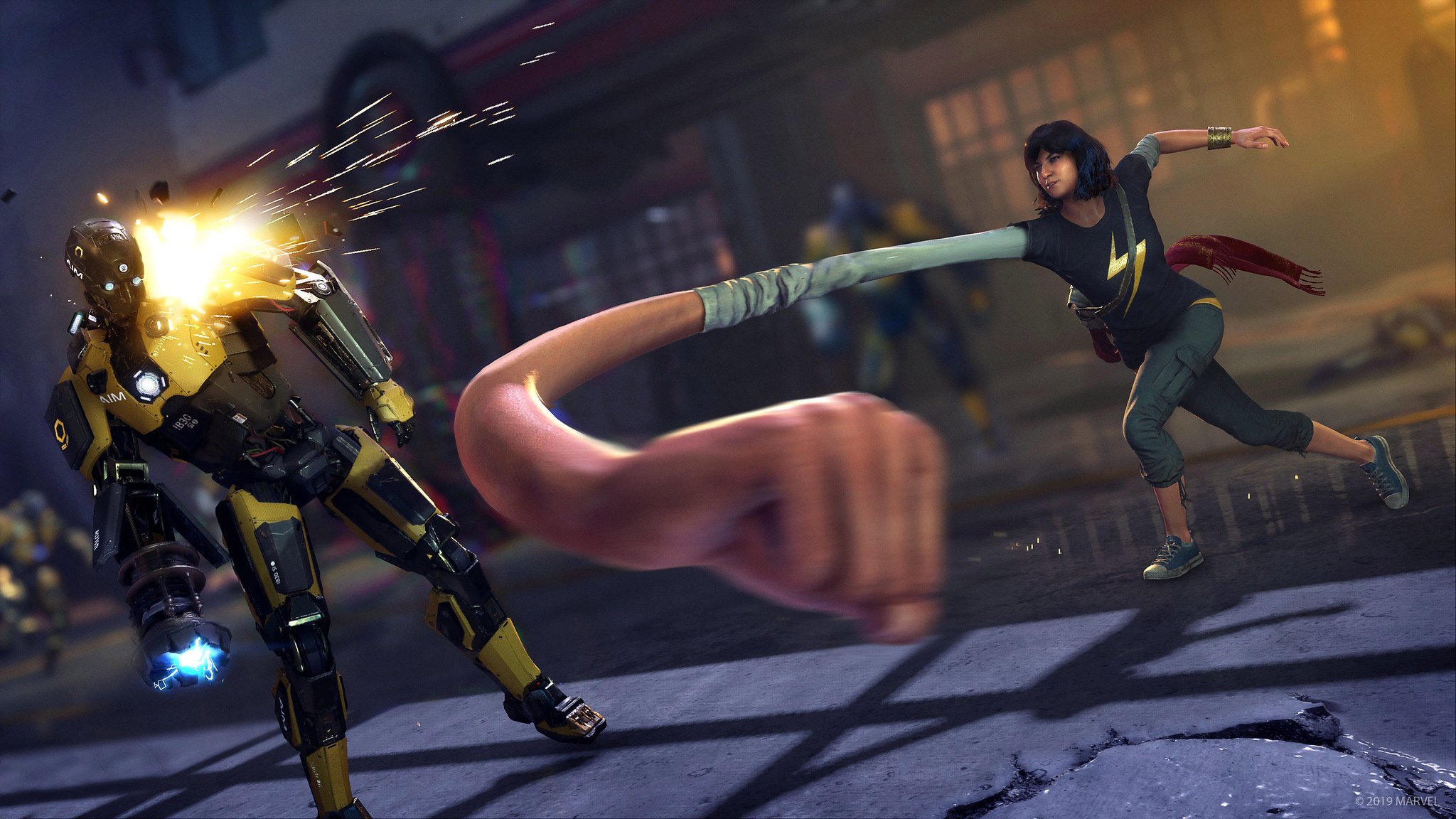 Look at those arms!

Marvel’s Avengers has had a less-than-ideal rollout, but things are picking up at New York Comic-Con. The latest reveal? Kamala Khan, aka Ms. Marvel, is not only in the game, she’s a main character.

Early reactions around the Destructoid office are mixed.

On the one hand, we have Brett, who says he “just learned there’s a Ms. Marvel.”

On the other, there’s Moyse, who swooped in with “Ahhh fuck… guess I’m buying this then.”

For my part, I’ve been cautiously optimistic about Marvel’s Avengers despite its confused, overly drawn-out marketing beats. Mainstays like Iron Man and Thor haven’t seemed particularly exciting in Crystal Dynamics’ more grounded, realistic aesthetic, but Kamala is a huge step in the right direction.

Let’s hope this momentum continues into next year. Avengers hits PC, PS4, and Xbox One on May 15.