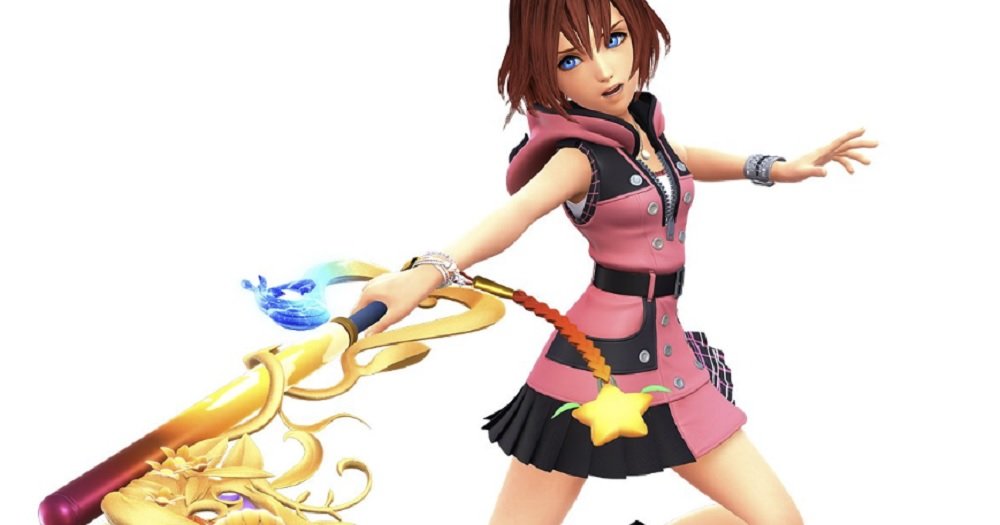 Sora and crew are going to bring it

That fateful storyline on Destiny Islands that kicked off all of the events of Kingdom Hearts 16 years ago is (presumably) coming to an end in just a month’s time. Sora and Riku managed to kick ass right away, wielding their light and dark Keyblades with ease, but their friend Kairi took some time to come to terms with her inner warrior: now she’s getting a chance to shine.

Square Enix just shared some new art for Kairi, along with the updated look for the Destiny’s Embrace Keyblade from Kingdom Hearts II — which still has its signature Paopu fruit. She’s had at least one moment so far in the series combat-wise but it seems as if she’s ready to fully rock this time around.

Given that the Birth By Sleep analog storylines have played out for the principle cast I need a lot of Aqua and Kairi moments to happen!

Keyblade wielders, the weekend is almost upon us! We’d like to send you off with some new art of Kairi preparing for battle with her beautiful Destiny’s Embrace Keyblade in #KingdomHearts III. Can you spot the Paopu fruit? 🗝️
#KH3sharethemagic pic.twitter.com/yea1lI2Av4