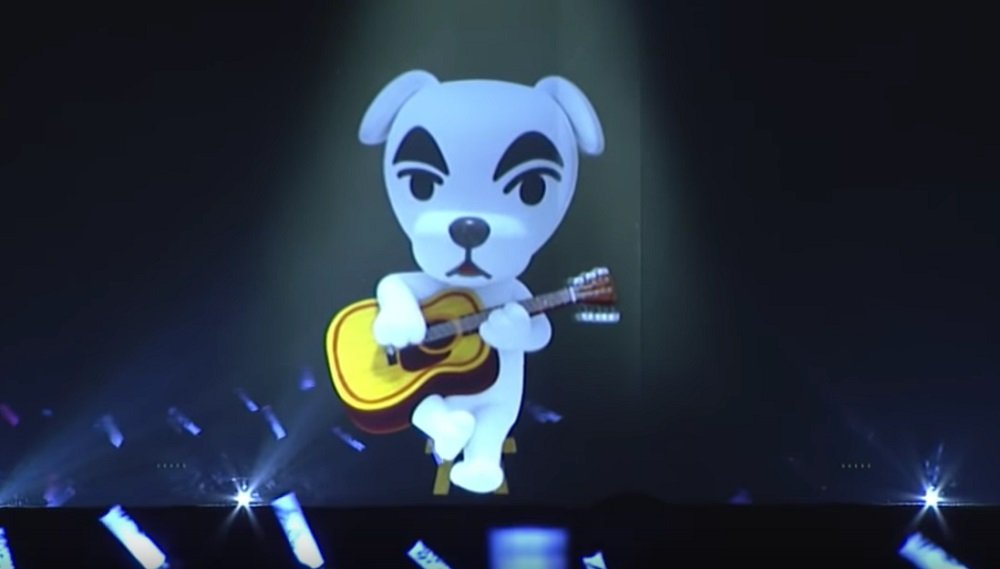 Shows up to jam with Off the Hook

Splatoon 2 hip-hop duo Off the Hook performed in concert this weekend at the Nintendo Live event, which is currently taking place in Kyoto, Japan. Pearl and Marina, joined by The Squid Sisters, blasted out all of their trademark “bangers,” including “Ebb and Flow” and “Color Pulse.”

But, in the greatest concert surprise since George Michael introduced Ladies and Gentlemen Mr. Elton John, the strum of an acoustic guitar brought out Animal Crossing‘s K.K. Slider, who took to the stage with his trademark stool and six-stringer. The balladeer dawg performed acoustic covers of the “Splattack!” theme, as well as the title music for the highly-anticipated new release Animal Crossing: New Horizons.

You can check out this seminal moment in music history – up there with Queen at Live Aid ’85, The Beatles playing Shea Stadium in ’65, and the Guns ‘n’ Roses Riverport Riot – at the start of this video.