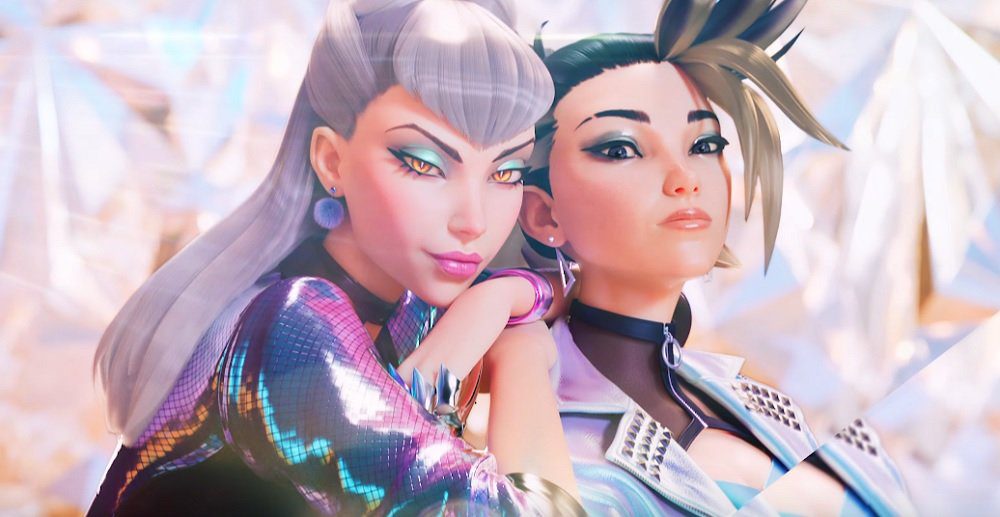 Supergroup returns with new EP ‘All Out’

Following on from 2018’s “Pop/Stars” and this year’s “The Baddest,” “MORE” sees K/DA collaborate for the first time with one of their own rivals – the colorful Seraphine – whose mastery of audio attacks makes her a good fit for K/DA’s bass-heavy beats and heavenly harmonies. But enough of my yakking, you can check out the gorgeous new video for “MORE” below.

Back in the grayness of the real world, K/DA are actually formed of a band of international singing sensations including Americans Madison Beer (Evelyn) and Jaira Burns (Kai’Sa), as well as Soyeon (Akali) and Miyeon (Ahri), who are members of popular Korean girl group (G)I-dle.

“MORE” will appear on an upcoming K/DA EP titled All Out, which will feature the new single alongside bonus tracks “The Baddest,” “I’ll Show You,” “Villains,” and “Drum go Dum”…

The All Out EP will be available to purchase from November 6.