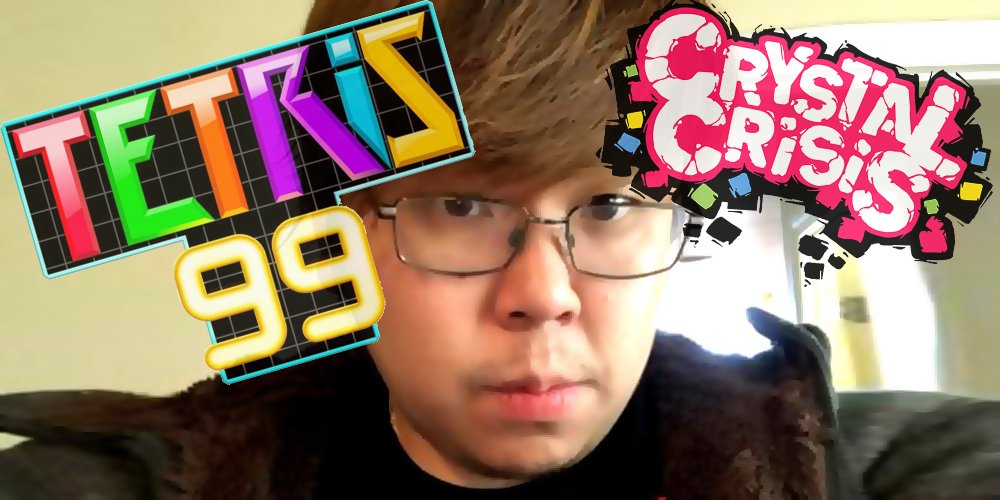 But without tripping is that even possible?

Last week, with no warning, Tetris 99 was unleashed upon the world, and puzzle games will never be the same. Infusing the “me against the world” psychology of the battle royale genre and applying it to the highly accessible, generally non-violent action of the most successful game of all time may seem like a no-brainer in theory, but in practice, it’s a work of genius. People who had never considered puzzlers as viable spectator sports are now marveling at high-level Tetris play in record numbers. The game’s success could mark a tipping point for the genre, taking it from a leisurely, time-killing diversion to a cutthroat, prime-time main event.

Justin Wong knows all about those kinds of tipping points. He was the co-star of “EVO Moment 37,” an event many cite as the exact point in time when watching high-level fighting gameplay went from something that was only for the FGC to a sport with much broader appeal. Since then he’s gone on to rank #1 in countless tournaments, taking the top spot in a diverse range of games including Street Fighter V, Pokkén Tournament, Skullgirls, Mortal Kombat X, Marvel vs. Capcom 2, Vampire Savior, and many others.

Justin also consults with game devs on roster balance and other areas that appeal to his particular expertise. Crystal Crisis, the massive crossover puzzle/fighting game, is the latest project he’s pitched in on. It’s set to launch this May, and given the popularity of Tetris 99, it could be poised for a huge success, but only if it’s able to appeal to the FGC and puzzle fans in equal measure.

We talked to Justin about all that, what he thinks it will take to make the FGC take puzzle games more seriously, and maybe most important of all, which game he would add Smash Bros. Brawl-style tripping to if he had his druthers. His answer shocked and surprised me.

What are the broad differences between the FGC culture and that of the competitive puzzle fighting scene?

I would say the main difference is that it’s easier to find out about the FGC culture and its events. I personally don’t see many puzzle events besides the Tetris tournaments. It’s a shame, because competitive puzzle games are really intense to watch a lot of times, and they’re super fun to play when you take them more seriously.

As an adviser on Crystal Crisis, where do you draw the line between a fair and balanced game, and one with overly same-y, predictable match-ups (a problem with many competitive puzzle games, which contributes to low spectator engagement)?

Well, the thing about past competitive puzzle games such as Puzzle Fighter or Magical Drop is that the tiers really made a difference. You can’t pick up just any character in these games and win, so you end up seeing a lot of mirror matches. But in Crystal Crisis, when I jumped onto the project to help with the balancing, I could already see that Nicalis doesn’t want that. They want to make as many characters as they can super viable. That’s where I started to think about how good to make this Crystal Burst vs. another Crystal Burst, and how every Burst has another Burst out there that will counter it. So ultimately, the game will tell players that they should try out and learn all of the characters.

Where do you see the world of eSports going in the next five years?

The world of eSports in five years? Man, I hope to see eSports be the new media on TV. I would love to see tournaments, exhibitions, speedruns for all genres of gaming on TV. Right now, it’s only online, but if ESPN can have a [Rock Paper Scissors] tournament, then why not have some competitive video games on there, too?

What’s one thing you would say to the FGC to help them understand the merits of a competitive puzzle game like Crystal Crisis?

There are match-ups and lots of strategy in this game. Crystal Crisis is the closest puzzle game I’ve seen to a traditional fighting game, because there are counter picks, rushdowns, and defensive strategies. That’s what really makes Crystal Crisis so good. I can already see that if it’s taken seriously, it would be an amazing game to commentate on as well.

Tripping in Smash Bros. Brawl is awesome and fun. What game would you add tripping to and why?

Tripping in Smash Bros. Brawl is not fun for me. I actually got pretty upset when I would trip and then get punished when I was playing Brawl. I hope they never add such a mechanic ever again! Haha, sorry.