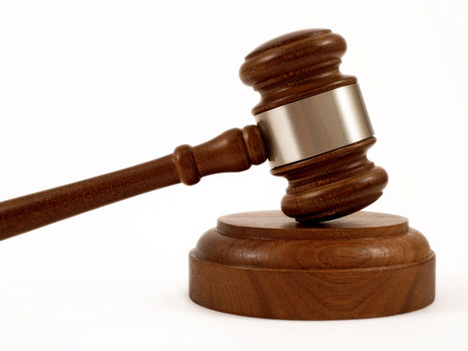 For years, gamers have loathed EA Sports’ exclusivity agreements for football videogames. Currently, EA is the only publisher that can make a game that uses the NFL, NCAA, or AFL (arena football) licenses. They’re going to keep that stranglehold on the industry for a while, too; earlier this year, they extended their exclusivity agreement with the NFL through 2012.

Well, it looks like two fans of football videogames decided to to try and put an end to EA’s monopoly by having the District Court for the Northern District of California lay down the law. Jeffrey Lawrence of California and Geoffrey Pecover of Washington, D.C., have filed a class-action lawsuit on behalf of everyone who has purchased an EA football videogame since August 2005 (e.g., Madden NFL 06, NCAA Football 06, and newer games), and they want blood.

The suit (the full text of which can be viewed in PDF form here) alleges nine counts of “anticompetitive conduct,” including, but not limited to, this: “By signing the exclusive agreement with the NFL, Electronic Arts immediately killed off Take-Two’s NFL 2K5 software, the only competing interactive football product of comparable quality to its Madden NFL franchise.” Can’t argue there, can you? Of course, as I noted in my c-blog treatise on exclusivity agreements a while back, Peter Moore explained that the NFL offered the exclusivity deal in the first place, and EA won the bidding war. Bully for capitalism, eh?

As for damages, the lawsuit lists nine ways for EA to make things right, such as: “Equitable relief in the form of restitution and/or disgorgement of all unlawful or illegal profits received by Defendant as a result of the anticompetitive conduct alleged in herein [sic].” Yeesh. Good luck with that, gentlemen. Perhaps some of Destructoid’s resident law experts (HarassmentPanda, I’m looking at you) can peruse the PDF linked above and let us know if the plaintiffs actually have a case here. Pastapadre.com didn’t seem to think so, but at the very least, I’m on the side of the little guys here. What about you?