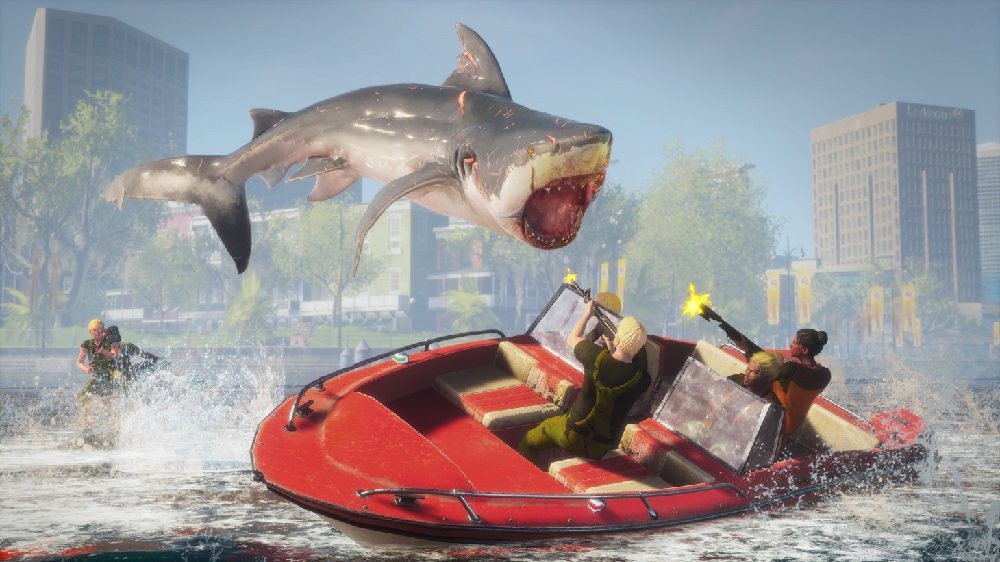 Deep Silver, in association with developer Tripwire Interactive, has announced that the manic, deep-sea shark sim Maneater will finally come swimming onto Nintendo Switch on May 25, following on from causing many a limb-severing bloodbath on PlayStation, Xbox, and PC.

Released – or UNLEASHED – in May of 2020, Maneater tells a tale of an orphaned bull shark who, disfigured by man and sick with revenge, begins an all-out war on the human species – tearing boats, buildings, and bodies with extreme prejudice while attempting to track down her arch-nemesis, rugged fisherman Scaly Pete.

While Maneater has its fair share of flaws, it has won over a dedicated army of followers with its unique premise, open-world carnage, and anarchic nature. Back in January, it was revealed that public reception of the title had convinced developer Tripwire to get to work on DLC, which is coming later in 2021. With new DLC on the horizon, Maneater‘s recent appearance on PlayStation Plus, and this new Switch port, the fanbase is sure to increase.

It may never be safe to go back into the water.