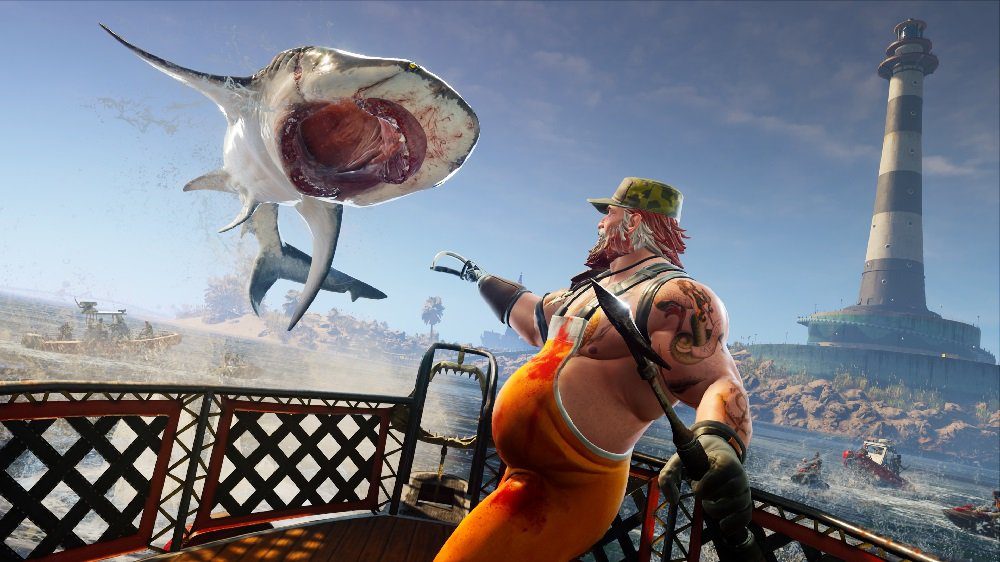 Smile, you son of a bitch

Deeeer-dum… etc. If you were among the fans that got a kick out of 2020’s aquatic massacrethon Maneater, then you’ll be pleased to hear that developer Tripwire Interactive is already hard at work on some additional content for you to sink your jaws into.

The DLC plans were first revealed during a recent Reddit AMA held with members of the Tripwire team. Asked by Redditor CrazyChris4121 if there were any plans for future content, Maneater’s art director Sean McBride clarified “DLC has been confirmed! The team has been working on it for a while now. Hoping to share more information very soon.”

The timing couldn’t be better to expand the Maneater universe, given that the open-world (sea?) adventure was not only recently upgraded for PS5 and Xbox Seires X, but is also currently on offer as a PlayStation Plus PS5 title, increasing the player base exponentially. As for what form this new DLC will take, we’ll just have to wait and see.

If it features Michael Caine, I’m out.

Maneater will munch on DLC in future [Push Square]