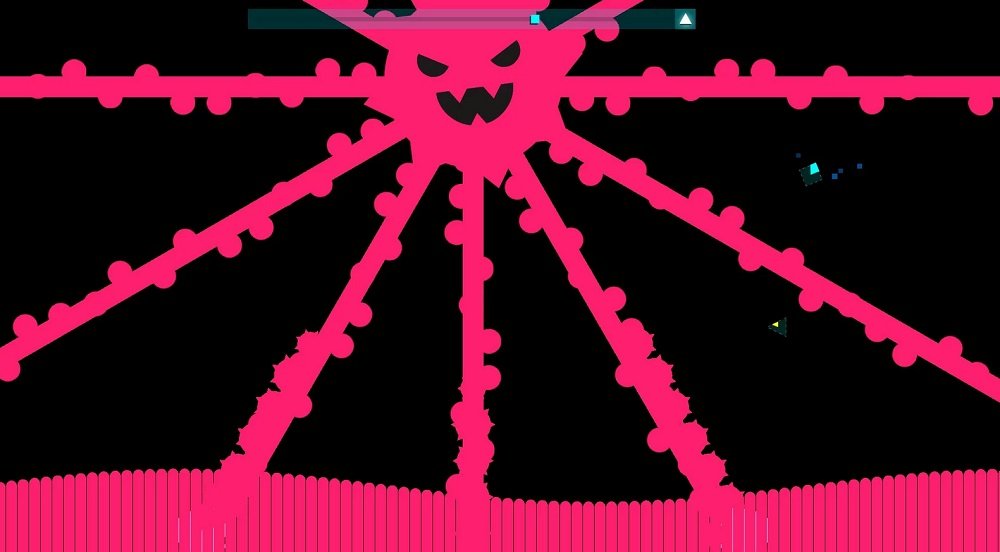 Launching on PC and Nintendo Switch a little under a year ago, Just Shapes & Beats is a simple, but delightfully addictive title which challenges players to “survive” a series of complex chiptune tracks, with instruments, bass lines and other sonic elements represented on-screen by shapes, lines and waves, which attack the player’s on-screen craft in repetitive patterns.

Just Shapes & Beats is primed to be played as a party game, with drop-in drop-out multiplayer modes and hypnotic and colourful visuals to light up any lounge-based bash. There’s also online play and a strange and abstract story mode if, like me, you don’t get invited to parties or have many friends.

The “Hardcore Edition” will include a new, tougher difficulty option. In fact, according to Bezerk’s Mike Ducarme “Every stage has been redesigned… to give you a whole new experience that will make even seasoned Souls-like players weep, longing for their mother’s warm embrace”. Them’s fightin’ words, Ducarme.

Just Shapes & Beats: Hardcore Edition launches on PS4 May 10. The original release is available now on PC and Nintendo Switch.