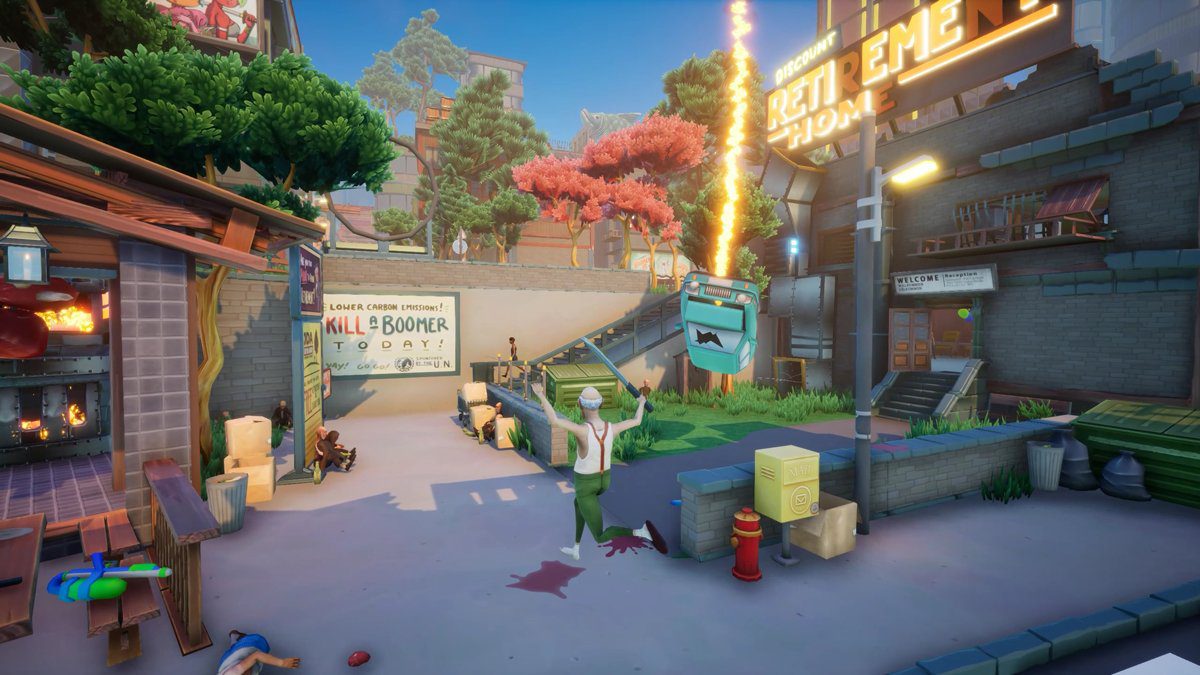 Combining a beloved barnyard animal with unbelievable physics proved to be a million-dollar idea for the developers of Goat Simulator. Even if it only provided a slight chuckle and several minutes of entertainment, the gif-able nature of that buggy-ass game made it a hit on social media and YouTube for people who get all their gaming info from five-second gameplay snippets and “wacky” influencers. That formula of looney antics in an open world worked once, but can developer Armin Ibrisagic strike gold with it again? I guess we’ll find out when Just Die Already launches later this year.

From Ibrisagic’s DoubleMoose development team, Just Die Already puts players in control of really old people competing for a spot in the World’s Nicest Retirement Home (where I assume they’ll be isolated and studied so it can be determined what nutrients they have that might be extracted for our personal use). Set in an open-world city that’s “filled to the brim with crazy tools and contraptions,” players will encounter plenty of blood and broken bones as they complete challenges. You can tackle this game solo or with four players online, or not at all, and just sit back as clips of old people being beheaded by a rocket-powered mailbox fill your YouTube Recommendation feed.

If this game doesn’t have a holiday update where grandma can get run over by a reindeer, then what’s the point?

Just Die Already will launch this summer on PC. Prior to release, a demo will be available for players on Steam.