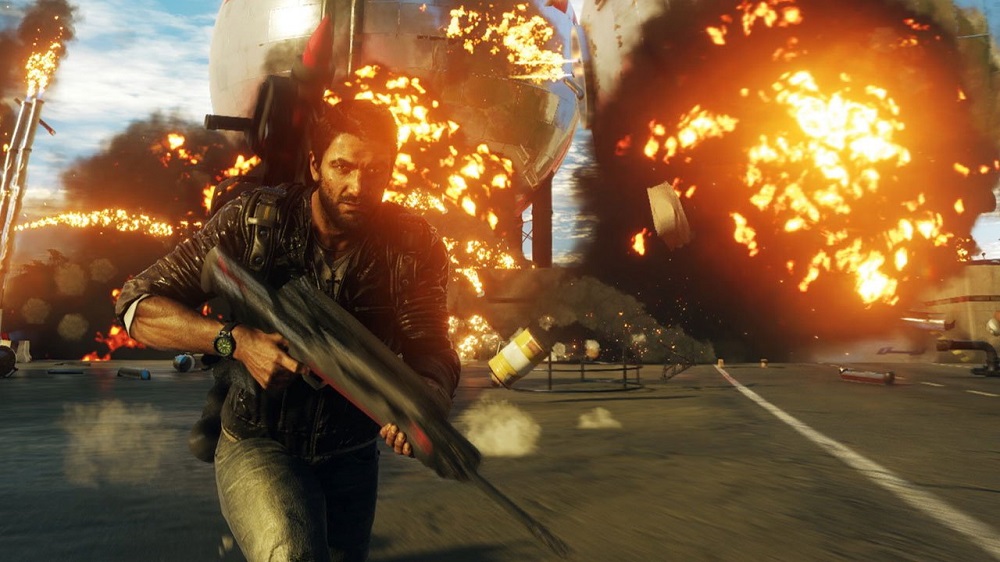 Tomorrow sees the launch of Square Enix’ sequel Just Cause 4, as seemingly invulnerable mercenary Rico Rodriguez once again takes to land, sea and air in a series of high-flying, death-defying and completely physics-breaking combat encounters.

A new launch trailer epitomises the chaos and destruction that is the series’ trademark. Featuring exploding buildings, out-of-control aircraft, flying battleships, high-performance sports cars, and more explosions that the fourth of July, Just Cause 4 returns to South America to see Rodriguez take his one-man-army up against a notorious outfit – The Black Hand – and their ruthless leader Gabriela Morales.

An interactive open-world adventure, that plays out like Tom Cruise’ bucket list of shit to do in movies, Just Cause 4 launches tomorrow on PS4, PC and Xbox One. Buckle up.