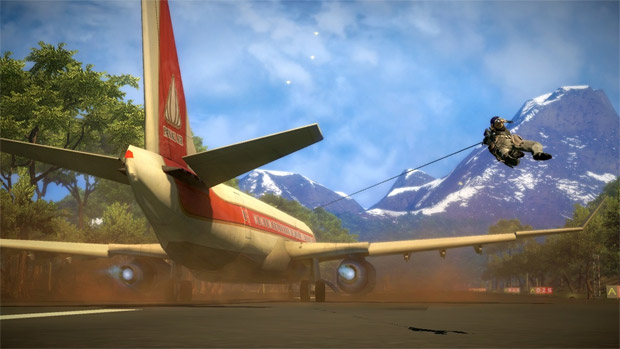 Though Just Cause 2 has been laughably cheap on PC, those of you without access may want to consider the still-budget-priced Just Cause 2: Ultimate Edition. It just became available on PlayStation Network for $24.99, which isn’t much more than the asking price of the standard console game (also on PSN).

Prior to Saints Row: The Third, Just Cause 2 was my open-world sandbox of choice. Now, if only we could get the former to incorporate the latter’s magical grappling hook and parachute.