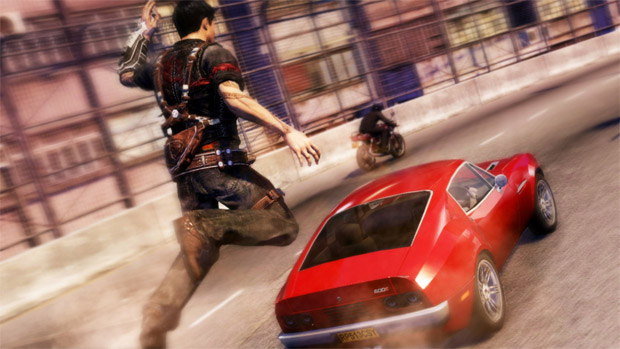 United Front Games’ open-world action title Sleeping Dogs is sneaking up on us. Ahead of its release in less than three weeks, Square Enix London Studios has revealed a neat little bonus for players of Just Cause 2.

Available at launch on Xbox 360, PlayStation 3, and PC, the Rico Rodriguez outfit will be unlocked once a Just Cause 2 save file is found on your system’s hard drive. This extra also gives a boost to your hijack ability within Sleeping Dogs, because of course it does.

The image above does a good job of capturing what that means in practice. Looks like I’ll have to stick with the PC release should I decide to nab the game.