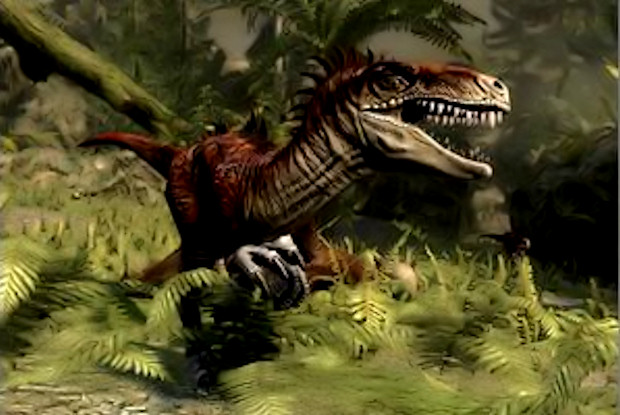 ROOOOOOAAAAAR! I’m a dinosaur! I’ve been stomping around the apartment all day, holding my hands up to my chest in a crooked fashion, pretending to be a tyrannosaurus rex. That’s how excited I am for Jurassic: The Hunted after looking at these screenshots. Actually, I’ve not been doing any of that, but feel free to have the screenshots anyway.

Jurassic: The Hunted is a game published by Activision and will be available for Wii, PS2, PS3 and Xbox 360. It seems to be a simple affair: You are basically just murdering dinosaurs for the entire thing. It was originally only announced for Wii and PS2, but HD versions have since been revealed, and these screens are from the 360 and PS3. The images are small, but they give you a flavor of what’s happening.