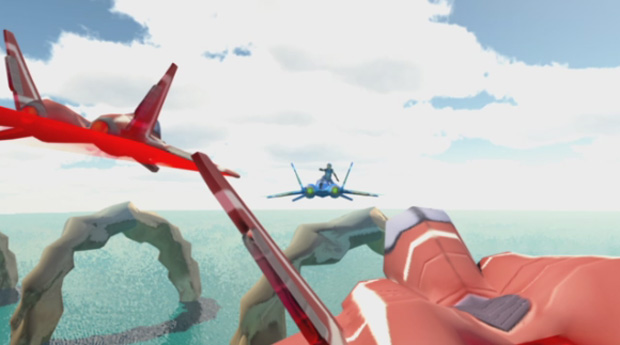 TinyBuild has taken to Kickstarter for JetGetters, a ridiculous multiplayer game in which players fly jets around and shoot at one another until they decide to leap out of said vehicle, fire their gun while in a freefall, and hook onto an opponent’s jet before taking it over. Also, you can ride on top of your friends’ jets. Also, you can hijack missiles. What?

It’ll make slightly more sense once you watch the .gifs on the Kickstarter page and/or the pitch video, embedded above. It’s clear the team’s goal is to make pulling off all of the aforementioned actions relatively simple, which I appreciate. There are different character classes, so building out a balanced team and using strategy will be key.

The idea for JetGetters was born out of a 2012 conversation about Battlefield 3 and Just Cause 2. That says it all. If TinyBuild can deliver, this ought to be loads of fun.