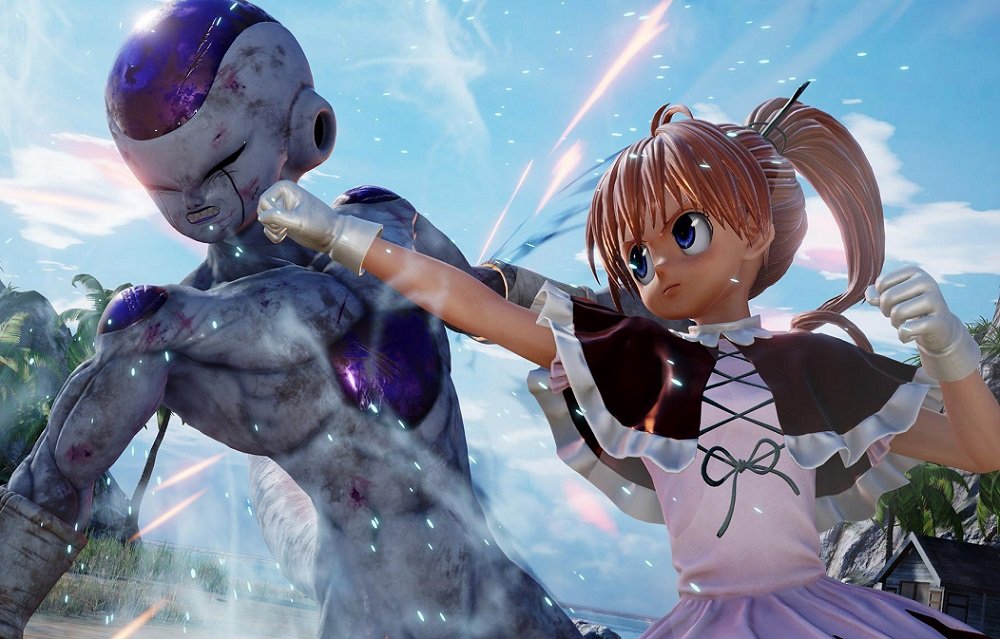 Looks can be deceiving…

Bandai Namco has released one of their typical “blink-and-you’ll-miss-it” trailers for anime crossover fighter Jump Force. This time around, the spotlight shines on the next upcoming DLC character, Biscuit Krueger of fantasy anime Hunter x Hunter.

Although the cutesy gal has a quite demure look, not unlike that of a china doll, this is merely a front. Biscuit’s true form sees her transform into a muscle-bound woman of incredible power, capable – as you can see in the trailer below – of splattering foes into orbit and beyond.

Jump Force’ first DLC pack will contain Biscuit Krueger, alongside My Hero Academia’s All Might and Yu-Gi-Oh!’s Seto Kaiba. The intrepid trio will launch on all platforms on May 28, as the first three of a set of nine DLC characters headed to the colourful punch-fest.