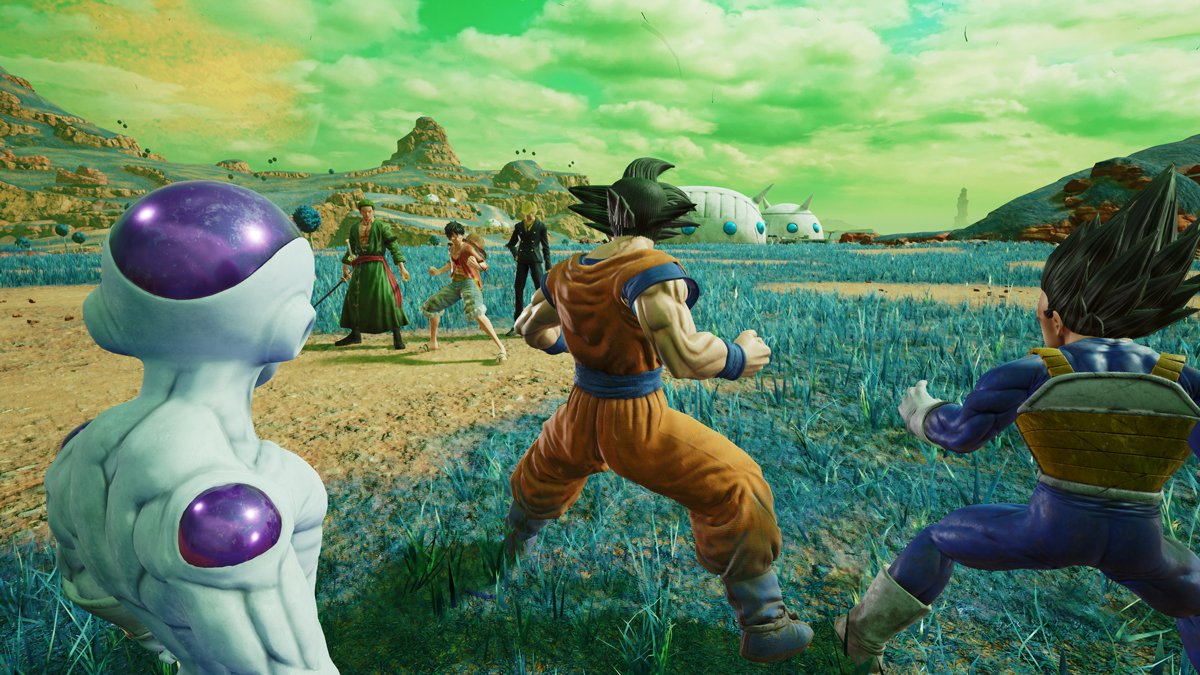 One of the bigger surprises out of E3 this year was the announcement of Bandai Namco’s Jump Force. The game is bringing together some of the biggest stars of anime into a single, high-action fighting game. It’s like Jump Super Stars, but it’s prettier, faster, and will actually be sold here in the West. Jump Force is another title in the publisher’s arsenal of fighting games, that continue to just eat Capcom’s lunch in that genre at every single turn.

The game is being developed by Spike Chunsoft, and it shares its DNA with One Piece: Burning Blood and the last generation title J-Stars Victory Vs+, only this game is a hell of a lot more spectacular than either of those games could ever hope to be. Bandai Namco gave me the chance to try the fighter out during a recent preview event and while it doesn’t do anything to nudge me closer to actually enjoying the simplistic 3D brawling action, it certainly is a sight to behold.

Now, I wasn’t the biggest fan of Burning Blood back when I reviewed it because I really didn’t think the combat was all that. Coupled with some excruciating single-player missions, I had had my fill of long before I reached the end credits and explored the online content. Jump Force, from my brief two attempts at the title, doesn’t do much to differentiate itself from that game. That’s okay, Burning Blood has its fair share of fans who will fit right in with Jump Force, but I’m not sure anybody not already enamored with the fighting style will take to it.

That’s not to say it doesn’t try. Jump Force makes absolutely wonderful use of the Unreal Engine. In fact, it’s probably the most beautiful 3D fighting engine I’ve ever seen. In my first match playing as a team of Goku, Luffy, and Naruto — because I have no imagination and don’t know who most of the other characters are — I’m continuously treated to a flashy spectacle of action with every punch, kick and special attack.

Jump Force is a melee-centered brawler, with special attacks pulled off by pressing R2 on the PlayStation 4 controller in tandem with one of the face buttons. I can switch between any of my three fighters, though there is a cooldown after I do, or I can have them assist me in one of my long and inelegant combos. Though I have three fighters to cycle through, there is only one health bar, making for quick matches. Both of my fights probably only took around 90 seconds each round and I walked away from the fights victorious. Can’t be too proud of that as I’m sure the difficulty was turned way down for the demo.

After I wrapped up with Jump Force, I took an opportunity to try out My Hero One’s Justice, a similar 3D brawler coming out this year. Despite being completely unfamiliar with the property, I actually took to it more than JF. The movement and pacing of the action in My Hero One is similar to Spike Chunsofts’s game, but it’s far simpler and I think better suited to introduce people to the 3D arena brawler genre.

While that might indicate a possible lack of depth, in my short few rounds with the game I actually discovered something of a strategy. In addition to melee attacks, characters have special projectiles and I tested out a few fighters whose projectiles act as traps. Toss it behind my opponent and quickly beat them back into to. Pulling that off was far more satisfying than anything I did in Jump Force, though the game lacks the visual panache of its crossover brethren.

With more time, I’ll probably be able to find more depth in both games. Limited sessions are never enough to give a good indication on the final quality of a fighting game, but I imagine both titles will be polished enough for 3D arena brawler fans when they release. I’m not totally on board myself, but I am intrigued about exploring My Hero One’s Justice further if only to see Ochaco Uraraka bludgeon her opponents with a concrete post just one more time.