I really need you guys to do me a favor. The next time someone tells you that they like a Japanese-style role-playing game because of its “story,” I want you to kick them in the teeth. You might have to stand on a chair, or perhaps trip them first, but the kick to the teeth is necessary. You can take your shoes off if it’s someone you particularly care for, but, I must reiterate, kick them in the teeth.

I think everyone with two brain cells to rub together can agree that JRPG plots need a good shot in the arm, and yet, there seems to be something else narratively appealing going on. Scores of reasonably intelligent people (yours truly included) flock to these types of games every year despite the genre’s obvious and widely proclaimed shortcomings. 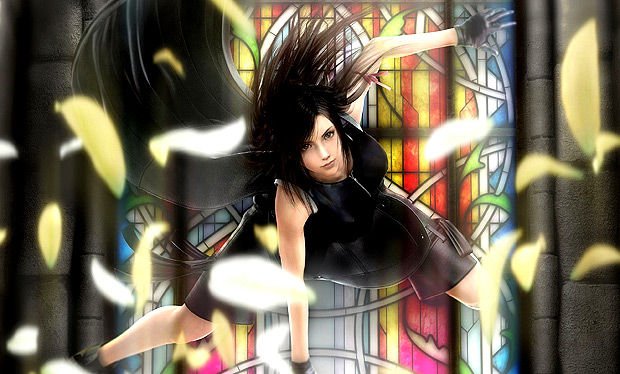 Ok, before we start, I’m going to set up some ground terms. I’m also about to talk (very generally) about Aristotle, but don’t run off. Here goes:

In his Poetics, written in about 355 B.C., Aristotle divided literature into about three parts: drama, epic poetry, and lyric poetry. Drama is, in a nutshell, the theater; but more generally, it’s any character-driven, present-tense narrative. Epics are generally historical and political in nature and incorporate certain epic conceits (more on those later). The last group, lyricism, describes brief, emotive character sketches. Think of it this way: the words in modern songs are called “lyrics” because, by and large, they are outpourings of some sort of emotion. If you’ve ever read any sonnets, you get the idea.

A second defintion: a game’s story and its plot aren’t the same thing. A story is just that, but a plot establishes a causal relationship between events in the story. For example: “The King died, and then the Queen died.” That’s a (sad) story, but it doesn’t have a plot because we don’t know why caused the King or Queen’s death. “The King died in the War, and the Queen committed suicide out of grief,” however, is a story, with a plot. Of course, the plot could go further and give some sort of causal explanation for the War, but you get my point.

So, what does this have to do with JRPGs? I’ll admit that the stories are passable (if overly bombastic and histrionic), but JRPGs, as a genre, have absolutely horrid plots. These are handled in three distinct, yet equally ineffective, ways. 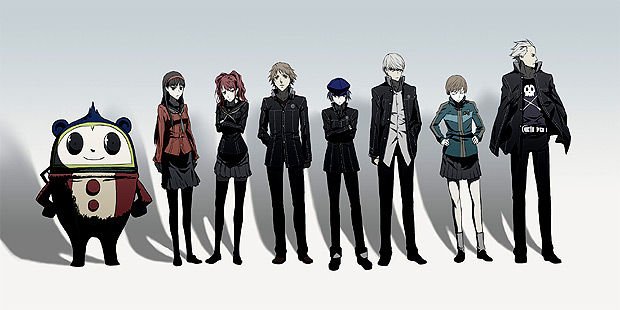 As a fantastically popular RPG that legitimized the genre in the United States, I’m going to assume most of you are familiar with Final Fantasy VII. I’m also going to use it to illustrate the first two ways that JRPGs fail in the plot deptartment.

For example, after leaving Midgar in a hurry, Cloud and Co. make their way over to a nearby town called Kalm, which is fine except the game never gives you any reason to. Final Fantasy VII simply assumes that the player recognizes exploration as a JRPG trope and leaves you to wander around. This is exactly what I mean when I say that JRPGs have no plot: after leaving Midgar, there’s nothing that says you should go to Kalm, except that it happens to be there.

The second method for handling a plot is to simply write a bad one, a trap into which 80% of all the RPGs I’ve ever played fall. To poke more fun at Final Fantasy VII, by the time Cloud’s memories have been erased and he’s jumped into the Lifestream, the plot is completely derailed. Killing Sephiroth at the end of the game is satisfying (and I’ll explain why), but not because the plot makes any fucking sense. The emotional stakes are significantly lowered when you can’t remember (or don’t care) what exactly makes Sephiroth bad or why you should kill him. Squaresoft may have had something narratively interesting on their hands, but the execution was horribly botched.

The third way to handle plot is, of course, to actually write a sensible one. Unfortunately, this is where the genre’s limitations come into play: JRPG gameplay tropes and their plots (however well-intentioned) are inherently (and almost universally) conflicted.

Grinding, synthesizing, and sidequesting have troubling narrative implications: there’s no point in crafting a compelling plot if the player is never forced to act on it. If you divide a JRPG into chunks it works out like this: the first few hours are incredible; there’s a middle section where things get boring or convoluted; and a tacked-on ending that doesn’t make any sense because the middle section wasn’t worth keeping tabs on. And as long as JRPGs value leveling up, going on sidequests, and exploration, those divisions will never change.

The more time a player spends grinding, synthesizing items, and farming gold (activities in which players are encouraged to partcipate), the less important the game’s plot becomes. If, by the time I’ve finished riding snowboards at the Golden Saucer and played my 100th game of Blitzball, I’ve forgotten why I need to save the Princess and kill the Bad Guy, then I’m back at square one. Any way you cut it, JRPGs tend to push plot to the backburner and the game’s systems and mechanics are largely divorced from any sort of narrative frame.

On a fundamental level, the stalemate between JRPG plots and JRPG gameplay is evident when the games use CGI and full-motion video (or, alternatively, long, boring, dialogue screens) to deliver the plot. Wrenching control away from the player is a very basic way to signal that there is some sort of disjunction between gameplay and narrative, and in no genre is that more true than JRPGs.

So, why, then, do most JRPG fans still cling to the idea that the story is important in a JRPG when too often it is, implicitly and explicitly, playing second fiddle? 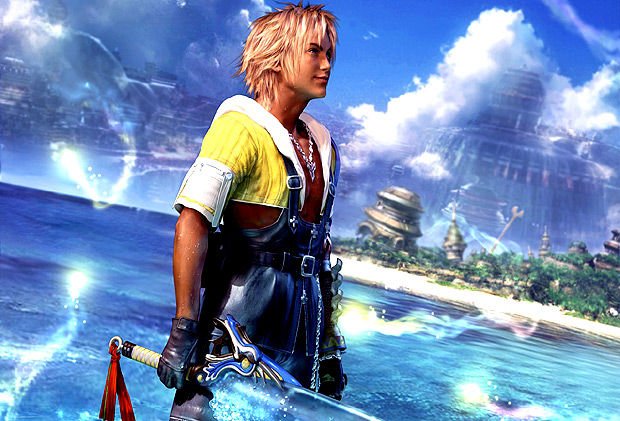 Because JRPG tropes force you to care about the characters (stereotypical as most of them are), drawing the line between “good” characters and good plot can be tricky, especially when some JRPGs explicitly address the situation.

For example, Mistwalker’s Lost Odyssey relies almost exclusively on the strength of the 100 Years of Dreams sequences to make you care about Kaim and, to a lesser extent, Ming and Seth.

Atlus’ Persona 3 and 4 do the same thing, albeit a bit differently. The long middle section where nothing really happens makes sense in the context of a high-school sim — instead, that time is filled with heaps of character interaction and development.

These games go to extremes, but they illustrate the general model — when the plot starts falling apart, JRPGs tend to fill in the gaps with character development or revelation.

What emerges is roughly the videogame equivalent of a sonnet sequence, a staple of lyricism — a very long string of emotionally charged moments with vaguely defined narrative frame. JRPGs have the same type of structure — plot takes a backseat in favor of extended exposure to characters — and the appeal is similar. The explosions and exposed midriffs make for good marketing, but the real draw for fans of JRPGs is, I think, this type of interactive lyricism, even at the expense of a well-defined plot.

Perhaps unfortunately, Lost Odyssey and the Persona series are the exceptions that prove the rule. Both of those games handle the lack of plot relatively gracefully (Persona more so than Lost Odyssey) and do a lot to bring out the lyrical aspects of the genre. Most traditional JRPGs, though, handle it through their mechanics. 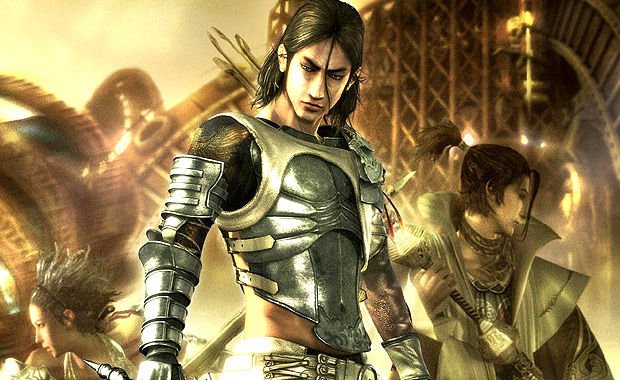 Here’s how it works: in the absence of a discernible plot, most JRPGs rely on hours of dialogue, interaction with NPCs, exploration, item management, and battle to make players fall in love with whatever motley crew happens to be at the center of the game. The trick is that players get the chance to, however subtly, define and contribute to character identity.

Look at it this way: JRPGs, more than any other genre, thrive  on character differentiation. You need a healer, a tank, a brawler, a necromancer, etc. to have a successful party, and every piece of equipment, every skill, every drawn-out spell animation contributes to the definition of a unique identity for each of the characters. Because survival necessitates a varied and balanced party, players take specific and deliberate steps to create characters that suit gameplay needs.

In an admittedly small way, JRPGs allow players to create and shape characters, and the player himself becomes central to the way the game works. It’s a subtle maneuver (one that Gary Gygax, for example, recongnized acutely), but it goes a long way to pulling the character in, even if there’s nothing in the script or storyboards worth paying attention to.

While JRPGs lack in emergent gameplay and branching plotlines, they tend to be greater than the sums of their parts, if only because they’re so big. An hour of grinding might not mean much at the time, but by the time you’ve made Aeris cast her 1000th cure spell (and by the time she gets stabbed in the sternum), she’s more than a tool for survival: she exists differently for everyone who’s ever played Final Fantasy VII because everyone set up her materia in different ways, because JRPG characters exist in a player-created vacuum. Any emotional engagement is necessarily lyrical — that is to say, character driven — because the player creates the characters himself.

And at the end of the game, killing the final boss feels satisfying because it represents a triumph for all the characters which the player himself has defined, not because the plot had anything going for it.

Games like Lost Odyssey and Persona fill the narrative gaps with explicit character development, and most other traditional JRPGs do the same thing through their mechanics. The steps that JRPG developers take to ensure that you’re initmately connected to your characters help you forget (or forgive) the fact that the greater narrative structures of the game are largely irrelevant. By that same token, they also establish lyricism — personal and emotional character sketches — as the dominant idiom of the genre. 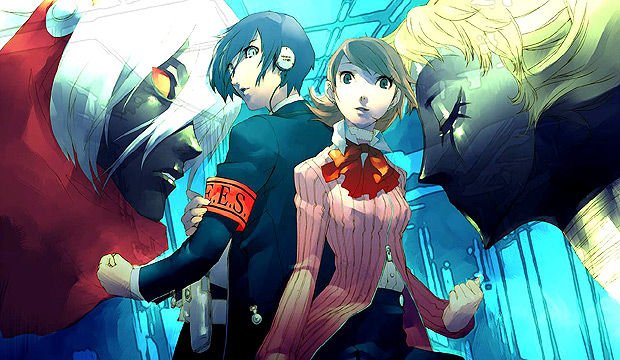 Unfortunately, waiting for the player to spend 80 hours chipping away at the emotional obstacles necessary for this type of lyricism to work is a horribly inefficient way to engage a satisfying response. It also explains why JRPG fans seem to be such an insular group — there are some people who “get it” and some who don’t. Unless you already enjoy the essential tropes of Japanese role-playing games — resource management, stats, menu navigation, exploration — you won’t last long enough to get to the emotionally satisfying parts.

In general, the JRPG is still crippingly dependant on long, boring dialogue and FMVs to convey narrative, which is a problem, but its real emotional oomph is really a by-product of its core mechanics. Level-grinding and compelling plots might always be at loggerheads, but that isn’t to say that JRPG gameplay is absolutely divorced from its emotional impact. Ironically, lyrical gameplay is simultaneously its strongest draw for fans and the biggest barrier to entry for new-comers.