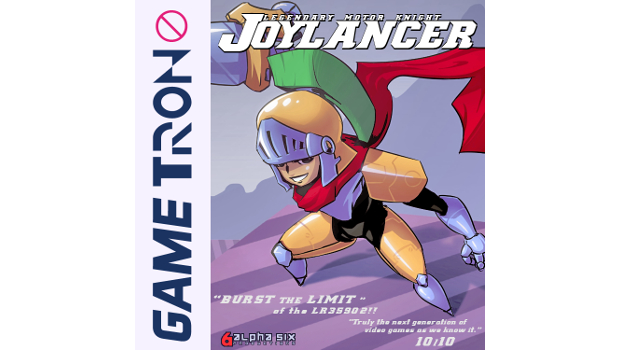 Though the game is still in development, Joylancer is shaping up to be a product worthy of sitting alongside Drill Dozer, Shovel Knight, and all of the other “your weapon is your means of transport” 2D action platformers that have brightened our lives over the years. How you play the game has a huge effect on how exciting of a time you have. For the most part, you can get by with just poking enemies and jumping around, but the real fun comes from challenging yourself to use all of your advanced mobility and powered up techniques to blaze through a stage in record time.

Speaking of record time, you’ve also got a limited time to pre-order the game on the cheap. There are various tiers and content packages available now (including a free Shareware version), but after February 25, Joylancer developer T.J. Thomas will be changing up the pricing, presumably in a way that will leave early adopters feeling rewarded. Jason Rohrer tried something similar with The Castle Doctrine, which caused quite a stir. It’s also interesting to see the game up on Itch, one of the newer online storefronts for games. The site allows you to donate as much or as little to the developer as you want, sort of like a Humble Bundle sold one game at a time. Seems like an idea that’s time has come, not unlike the previously referenced motorcycle drill-lance shoryuken,.