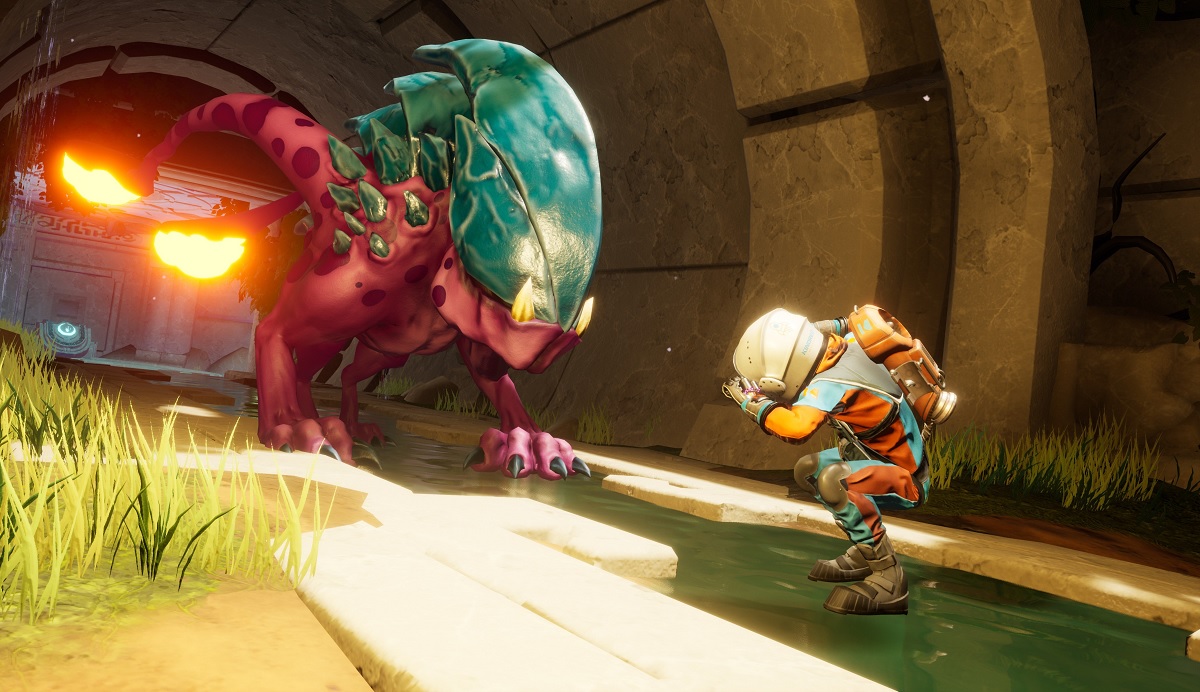 Publisher 505 Games has announced that its extremely colorful sci-fi shooter Journey to the Savage Planet is preparing to bring its day-glo intergalactic action to Gen-9 platforms PS5 and Xbox Series X/S.

The Employee of the Month Edition of the 2020 adventure will launch on both platforms February 14, priced at $29.99. Free upgrades will be afforded to current PS4/Xbox One players, so huzzah to that. This edition will feature the previously released Hot Garbage DLC, native or upscaled 4K resolution options, Performance vs. Graphics toggles, and an overhauled Photo Mode. You can check out the full details of the new edition and its features in a new blog post on the 505 Games website.

Developed by Typhoon Studios, Journey to the Savage Planet presents a messy and light-hearted romp through the stratosphere, as a faithful employee of the Kindred Aerospace corporation explores an uncharted, rainbow-colored planet — ARY-26 — in order to establish whether it would be suitable for human colonization. The protagonist battles alien lifeforms and dodges environmental hazards while cataloging the world and its strange flora and fauna. Savage Planet received mostly positive reviews on release, praised for its fun creature design, welcoming aesthetic, and satirical edge.

Journey to the Savage Planet: Employee of the Month Edition launches February 14 on PS5 and Xbox Series X.