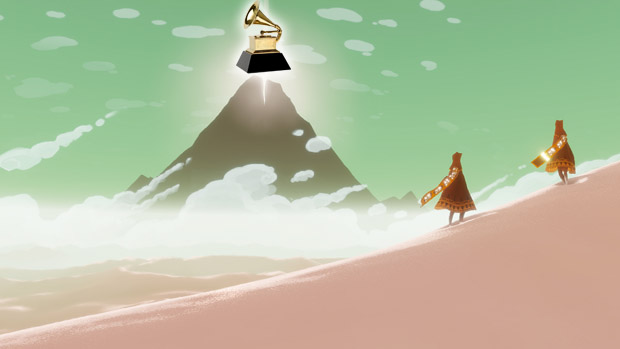 Journey composer Austin Wintory is a busy man these days. He recently spoke at SC9.0 in Germany to great success and media attention where he was able to share that Journey had received seven nominations for the tenth anniversary VGA show show, including best soundtrack.

But that wasn’t the end of his success this year it seems. It turns out that Wintory has also gained himself a shiny Grammy nomination in the Best Score Soundtrack for Visual Media category this week. That stacks him up against greats such as Hans Zimmer, Howard Shore and John Williams.

Hats off to Wintory for his accomplishment. Do you think he stands a chance against these industry legends? Catch the VGAs on Spike Friday at 9PM EST.