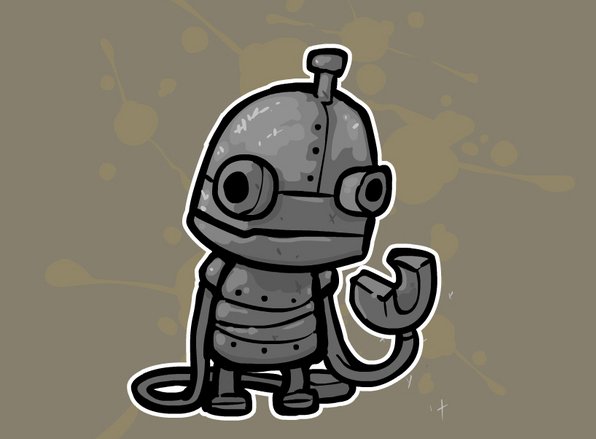 Have you played Machinarium? If not, you should do that. The game is amazing. I can’t wait to buy it (again) when it comes out on WiiWare.

In the meantime, I’ve got this appearance from Josef in Super Meat Boy PC to tide me over. Josef replaces Alien Hominid’s slot from the XBLA version of the game, which is sad, but understandable. Somebody had to be cut, and while I love Alien Hominid, he’s hard as hell to use properly in Super Meat Boy.

I wonder how hard Josef will be to use? Will he have to point and click his way through all of Super Meat Boy‘s deathtraps, or will he have some other method of survival?