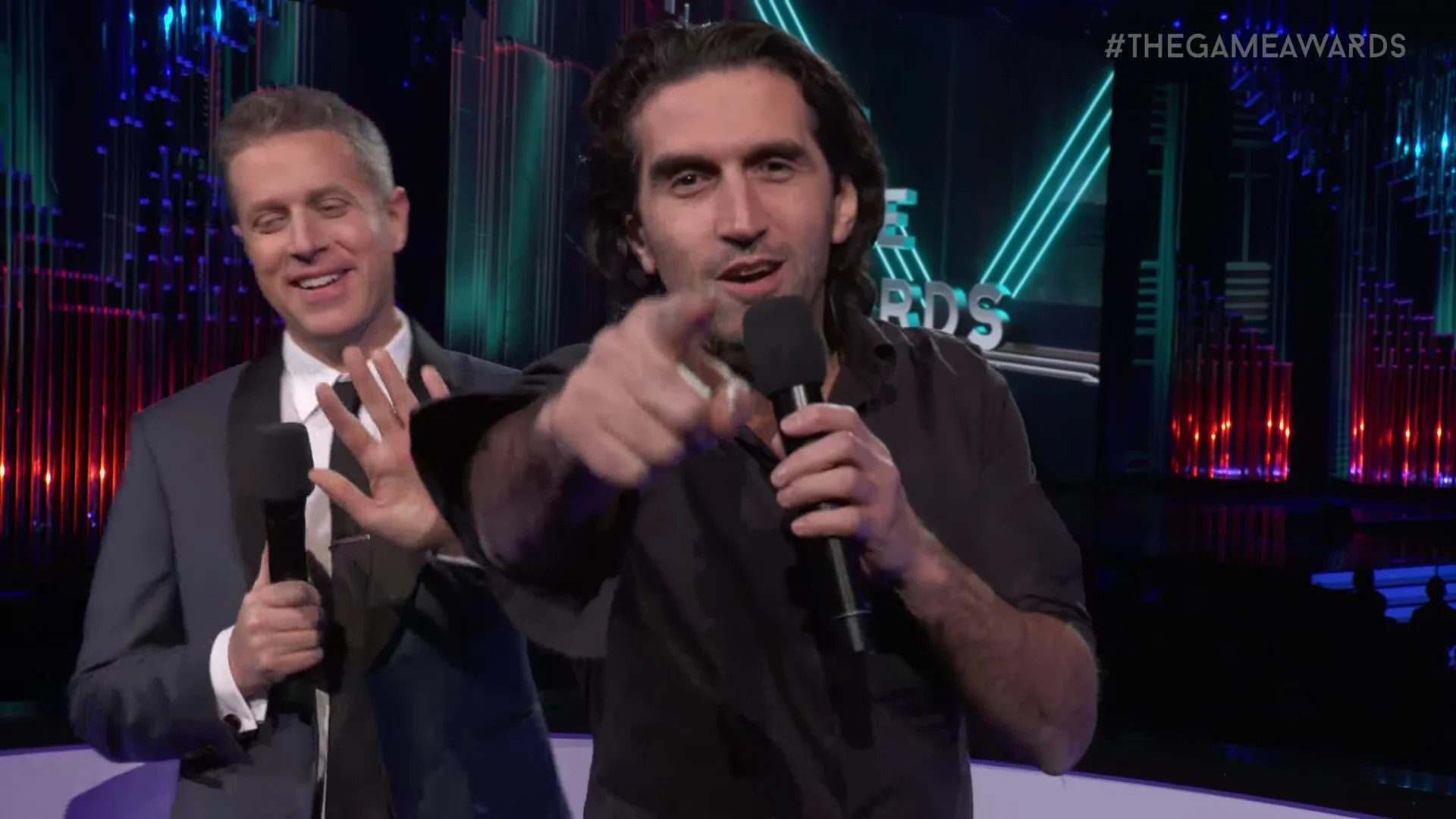 It Takes Two (Geoff and Josef)

No matter how dull The Game Awards end up Thursday night — and who knows how this all-at-home version of the show will end up — there’s guaranteed to be at least a couple minutes of fireworks.

Josef Fares, creator of Brothers — A Tale of Two Sons and A Way Out, will make an appearance:

It’s about to get….interesting. Thursday night, @josef_fares makes his triumphant return to #TheGameAwards stage to present the world gameplay premiere of It Takes Two, the brand new game from @HazelightGames pic.twitter.com/6YGsn7Bzga

Those are two quality games, but they probably aren’t what your brain immediately associates with Fares. He’s the guy who dropped the legendary “Fuck the Oscars” rant at The Game Awards 2017 as Geoff Keighley looked on powerless to stop it. It’s one of the most human moments in the history of a meticulously overproduced show.

Technically, Fares will be there to promote his new game, It Takes Two, which was revealed in June. We’re gonna see some new gameplay from this cooperative action-adventure platformer about coping with divorce from the perspective from a child. But there will be more. There has to be more. If Fares doesn’t get fired up, then 2020 has truly broken everyone.