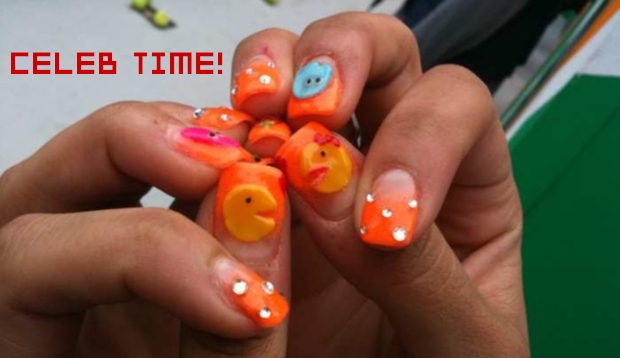 Nothing like a story that will get torn apart in the comments as soon as its posted to kick off the weekend, so here we go. Now, previous to this day I would have told you that I would never compliment a person who spells Jordan with an “i” since that’s not even a way you can spell that name, but I have to admit that as far as manicures go the Pac-Man one above is pretty awesome. That’s right, those fingers belong to none other than American Idol person (did she win?) Jordin Sparks. Evidently she’s really obssesed with her nails.

Now you might think that this is possibly the dumbest news you’ll read today (it’s not, I’ve got some dumb stuff planned), but let’s give the girl some credit for plastering an iconic videogame character onto her nails. It’s not even just painted on, it’s like the nail equivalent of marzipan on a cake. Of course she tweeted this image at the end of August, but since no one at Destructoid follows her we had to wait for People to post the image to discover it.