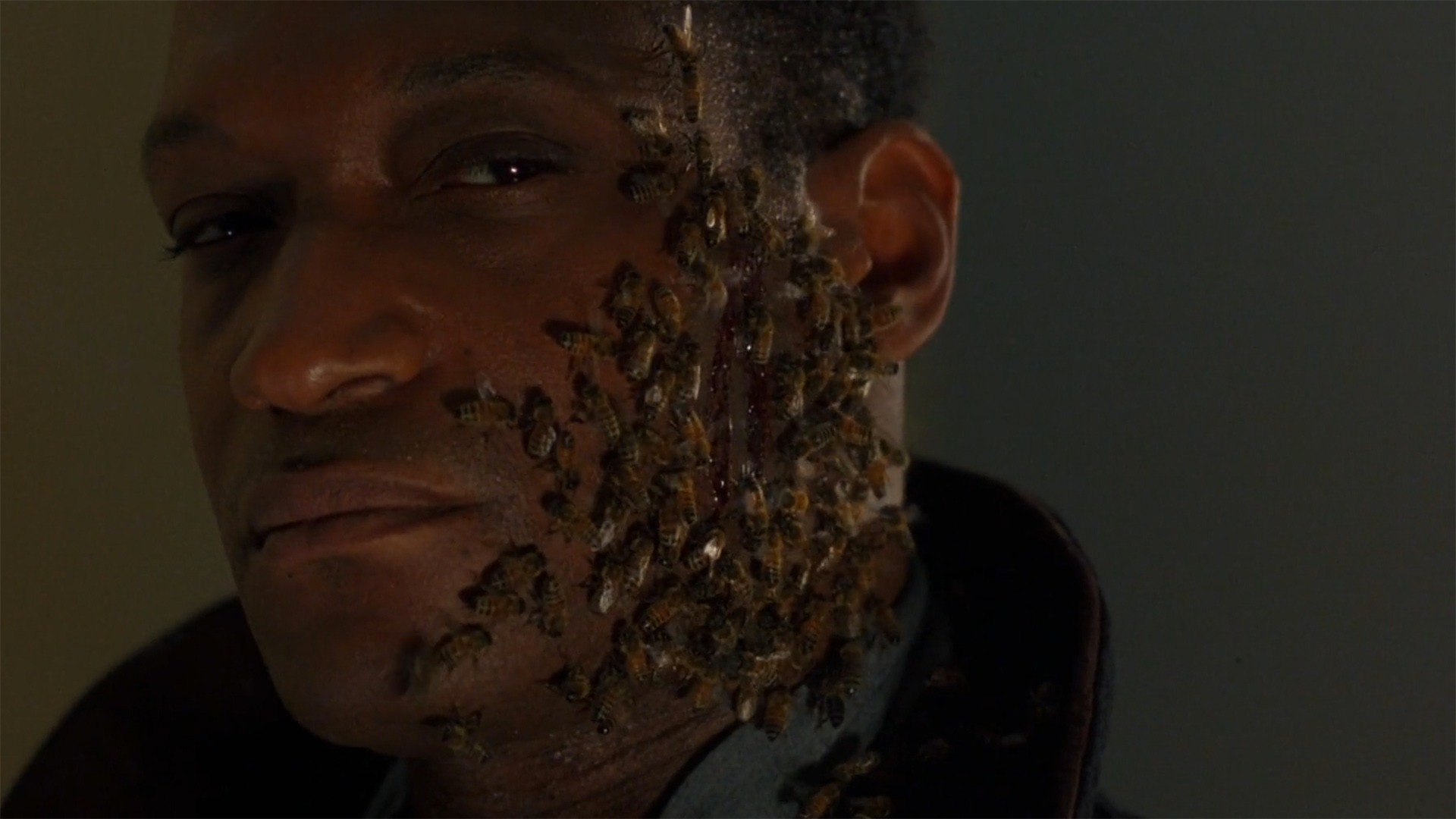 This is that Willy Wonka spin-off, right?

Of all the ’80/’90s horror icons, Candyman might have been the most legitimately scary. While the likes of Freddy and Jason were simply pouring blood across the screen, he induced actual nightmares. Anyone who was a kid back then had a legitimate fear of saying Candyman into a mirror three times. Candyman played more for fear than gore, and that’s why it’s such awesome news that Jordan Peele is in talks to produce a remake, and possibly even come on to direct.

Obviously, he’s got the suspense stuff down pat, but his ability to find dark humor and social commentary in horror would be what makes this so damn interesting. Candyman’s backstory is entirely wrapped up in race, and he’s one of the few minority screen slashers — played by the creepy-as-hell Tony Todd. There’s a lot to unpack considering this would be a remake of a ’90s horror film that floundered in its approach to the subject.

It’s been so long since I’ve watched the Candyman films I can’t remember the quality of the second two, but I do know the first one was damn scary and I still get a little shiver just thinking about saying the words in the mirror.

Filed under... #Film or TV#Flixist#Horror#Remakes