Earlier today, we posted a story about Jonathan Blow, who stated in an interview that Sony was prone to put more adventurous indie games on the PlayStation Network when compared to Microsoft. A fair comment, I thought. However, Blow was pretty pissed at the post. In fact, he turned out to be quite furious.

The fallout from Blow’s indignation has stirred up an online storm already, and since it was partially my fault, I figured I’d talk about it a bit, as well as address Blow’s driving criticism about blogs who use attention-grabbing headlines to generate traffic.

Kind of like the one I used in this article.

[Editor’s note: Now updated with images to break up the wall o’ text!] 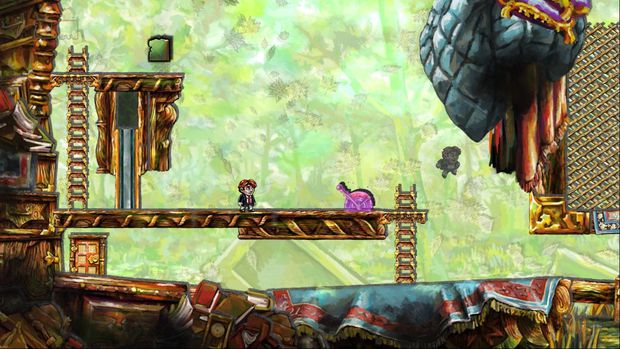 So, Jon Blow emailed me after our post went up, asking this:

We said all kinds of interesting stuff in that interview, and you are going to pimp the Sony vs Microsoft thing? Really?

Fair point. Except, of course, I didn’t do the choosing, sourcing as I did the CVG article. While I am most certain that Blow and Chris Hecker (who was also interviewed) said some interesting stuff, I have not yet seen it, as Edge magazine is hard to get hold of in my part of the world. So I merely picked up the story as it appeared in my RSS feed.

I explained that CVG, belonging to the same publisher as Edge, had full access to the article, so they cherry-picked the quotes. I thought the quotes were quite interesting (and I actually agreed with them), so I posted it myself.

Unfortunately, in explaining this to Blow, I more or less put CVG in the firing line. The righteous game dev posted this rather scathing attack on the news outlet, calling the editors a “bunch of lousy hacks.” He was quite pissed off at being “taken out of context” and basically tore the writers there a new one. While I could sit back and cackle at the anarchy I had inadvertently sewn, I figured I’d toss in a quick two cents, just for fun. 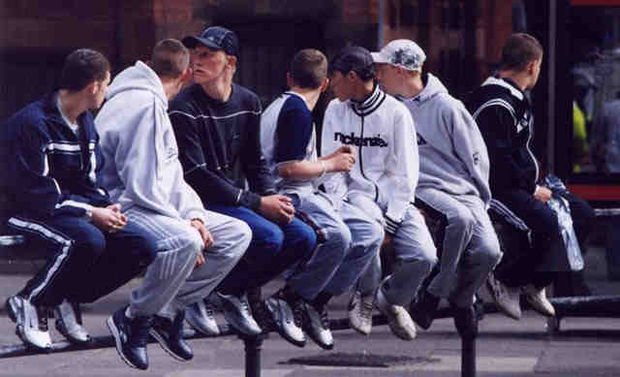 Basically, while I can see that Blow is pissed off, I don’t think he was quite so harmed as he believes he is. In fact, like I said, I actually agree with the sentiment that Sony is more adventurous than Microsoft, and I don’t see why Blow should be upset at that point being highlighted. It’s true. Microsoft sticks to what works for a North American market, and Sony often goes out on a limb with “weirder” games like Flower (I’d add that the same applies for retail PS3 games in addition to PSN titles: consider Heavy Rain). I don’t think there’s anything wrong with that, and I doubt anybody at Microsoft or Sony would disagree too much.

Blow believes posts like CVG’s could cause harm to developers like himself, but I’m not sure this would be the case here. I can’t imagine there being much “PR fallout” from what is, to be frank, a rather tame quote compared to some of the shit that gets said. As someone who’s familiar with the ways to piss off a publisher, I’d suggest that saying “Sony puts out riskier indie games” isn’t one of them, and I’d be surprised if Microsoft even cared about CVG’s post until, perhaps, Blow himself shone a big spotlight on it. I mean, Blow didn’t even know where we got the story from at first. Chances are he may never have actually seen it himself.

It seems Blow is mostly upset that many of the other things he and Hecker said weren’t posted about, but we cannot really say for sure whether or not CVG will post more of the interview. CVG’s modus operandi is to promote upcoming features in fellow Future publications by posting snippets. That they went with this quote first is no indication that they aren’t going to do more. 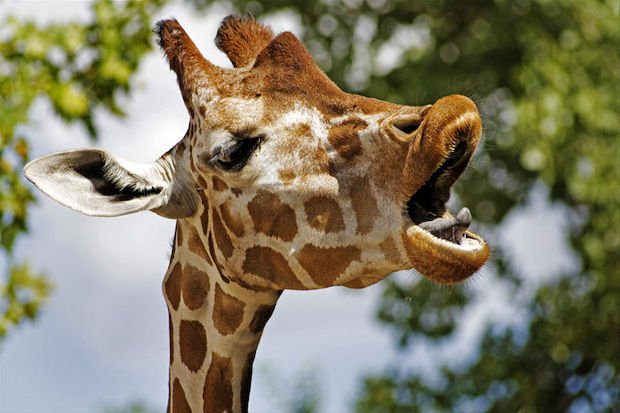 As to the point of CVG using a “sensational” quote to get attention … I hate to sound like a douche, but what else were they going to do? If game developers or critics of game blogs have a viable way to make money without making hits, or a viable way to get hits without choosing quotes and stories that get the attention of readers, I’m all ears. Let’s face it — as wonderful as it would be to live in a world where a blog can post a really lengthy, intellectual, fascinating nugget of genius from a developer and survive doing only that, that’s not the world we live in. It’s a world of console wars and lawsuits and people saying astonishing things.

I’m not saying that we can’t have the intelligent and the “journalistic” stuff, but in the same way that Ubisoft uses the money from Let’s Quit Smoking Our Babies DS to make games like Assassin’s Creed, a blog has to do what appeals to the majority of its readers first before focusing on the chewier meat. Do you think I’d be able to post about obscure mobile gaming apps all day? Not on Destructoid, I couldn’t.

It’s become very fashionable to complain about the gaming press, like it’s the root cause of all the trouble, but just like we need air to breathe, a blog needs readers to live. If anything, shouldn’t the likes of Blow, who have beef with the games press, be looking instead at the readers — who frequently indicate that they don’t want original, thoughtful content? They prefer hearing about what Jade Raymond’s doing, or what kind of cake Mario’s face has appeared on lately. In the same way that Guitar Hero has a thousand spin-offs because people keep buying them, we bloggers exist because people keep reading us. 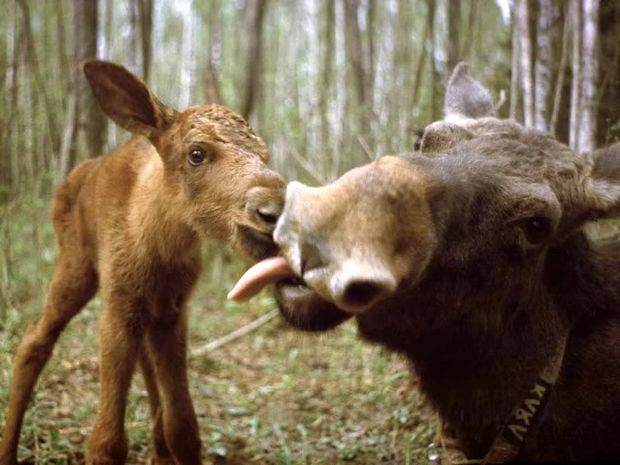 I can speak of how disappointing it is to do a big interview, or a feature on an upcoming game that is actually unique and unknown, only to have a hundred pageviews and about three comments. It’s dismaying and miserable, especially when I then do a throwaway post about boobs and get a billion hits. I don’t think my stupider posts are bad, because I think blogs should be entertaining and don’t have to be serious, but that doesn’t take away from the fact that it’s the gamers themselves who tend to skip over the brainier stuff and go for the tabloid buffet.

Destructoid no longer posts long-form, full-length interviews. Why? Because nobody read them. We now break them up into one-question news stories with “cherry picked” headlines. That’s what our readers respond to, and it ultimately gives more attention to what a dev has to say. Everyone wins, and nobody feels like they wasted time on an interview nobody can be bothered to look at.

It’s a world of supply and demand. We are here to provide you, the reader, with what you want.

I personally don’t think that what you want is bad. Do not think that I am saying, “Readers only want stupid shit, so they are stupid.” I think this is a fun industry and it deserves fun coverage. We at Destructoid are very fortunate to find an audience that digs our brand of fun. But like I said, if Blow or anybody else has a way to make money by not giving our readers what they want, I’d be interested to hear the proposal. I wouldn’t act upon the proposal, as I feel our duty is to our readers and nobody else, but I’d definitely like to hear a plan of action. 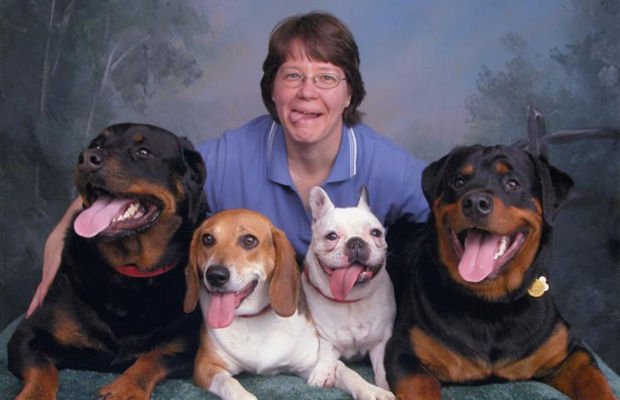 The games press isn’t blameless, of course. We fuck up sometimes, and I’ve screwed up more than my fair share. We’re amateurs, we’re enthusiasts, and many of us are just dumb gamers who got lucky and scored a sweet gig. There are also blogs out there who have totally lost sight of the balance between traffic-grabbing and accountability to their readers — such as game blogs who post movie reviews or celebrity gossip with pathetically weak ties to videogames. There are problems that could do with addressing, certainly.

CVG itself has had issues with posting headlines that are somewhat misleading compared to the actual post content, and I’ve actually publicly called them out on it before. On this subject, however, I don’t think it’s quite so cut-and-dry as to say that CVG are “lousy hacks” for what they did. In fact, I know that the writers themselves do give a shit about this industry and do want to do their best, while at the same time making enough money to survive. It’s a difficult balance, one that rarely anybody strikes correctly at all times.

Anyway, I respect Jon Blow and I consider myself to be on quite friendly terms with CVG. Both of them say and do things at times that I disagree with, but seriously … in this case, it was a simple quote. It wasn’t even as if Blow didn’t say it. He did say it, and he was actually right to say it, as far as I’m concerned. That CVG chose what they thought was the most remarkable and attention-grabbing comment from the interview and posted it doesn’t make them hacks, really.

It makes them good at their job — the job of keeping you rowdy bunch entertained.