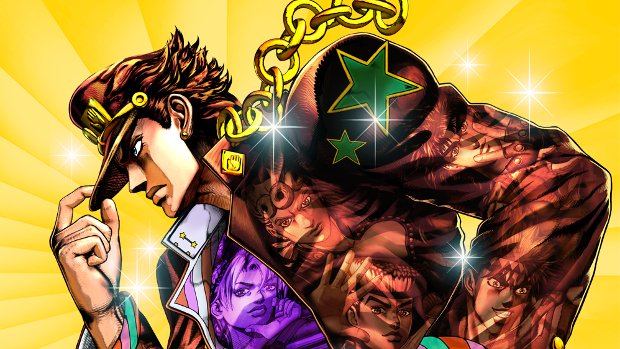 Brand new Arcade Mode and tweaks for the western release

Last year saw the release of JoJo’s Bizarre Adventure: All-Star Battle in the Japan. The game went on to become a popular seller, and has since retained loyal following. With a quirky and lively art style, along with a pretty dense combat system, fans in the West have been itching for a chance to get their copy of the game.

Thankfully, Namco Bandai plans to bring this bizarre, for lack of a better word, fighter to fans later in Spring 2014. And to make up for the wait, western fans will have the first crack at new content.

For those not in the know, JoJo’s Bizarre Adventure: All-Star Battle is an over-the-top 3D fighting game based on the popular Japanese manga and anime series of the same name. Set across Europe and much of the western world, various characters possess powers called Stands, which enable them to summon powerful allies and amplify their strength, and many of whom come into conflict with one another.

With over 40+ fighters — including vampires wielding steamrollers, people on horses, and other strange characters from different cultures — and set across several different stages with interactive environments, the series revels in wacky action while having stylish, badass characters go at it.

In anticipation for the new release, the developers at CyberConnect2 has introduced a brand new Arcade Mode into mix. In addition to the Story Mode, which cover the first eight chapters of the original manga, online battles, and local play — players can engage in a classic Arcade-style ladder mode which pits players against a random set of villains and heroes from the series. After each fight, players can acquire gold which can be used to purchase power-ups and items for the next battle.

Moreover, the western release of Jojo’s Bizarre Adventure: All-Star Battle also features all content, balance, netcode, technical patches from the original release, along with some minor other tweaks to the gameplay. In addition to these fixes are some additional work on the frame-rate issues of the original release. Though primarily a 30fps game, the fighter jumped up to 60fps during special attacks and animation sequences in battle. Though there were still some issues with frame-rate drops throughout my time with game, it felt a bit more consistent than before.

As of now, JoJo’s Bizarre Adventure is still set for release on the PS3 sometime this Spring. Though we’re still without a solid release date, check back with this space for more details and upcoming info.