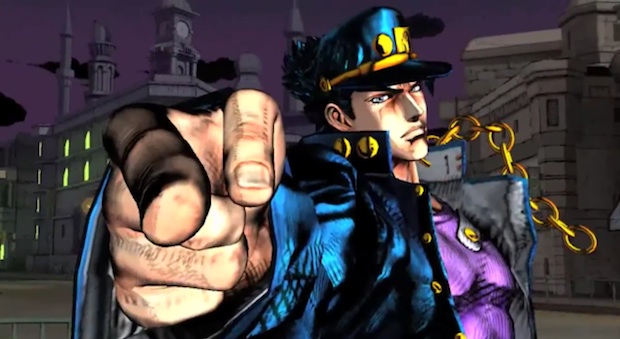 This is a thing! And that trailer!

Oh, and for those that thought the recent Namco Bandai teaser page was obviously for the new Super Smash Bros game, well, don’t you look silly?

No, this teaser page was for the return of JoJo! JoJo’s Bizarre Adventure All Star Battle is coming to the PS3. It’s JoJo gone fighting game, and it’s coming from the guys at CyberConnect2. That’s about all we know for now beyond a 2013 release date. Hopefully they’ll be showing this off at TGS this fall.

This game was announced at the same time as its partner anime, set to drop on Japanese television this fall, reports Japanator.