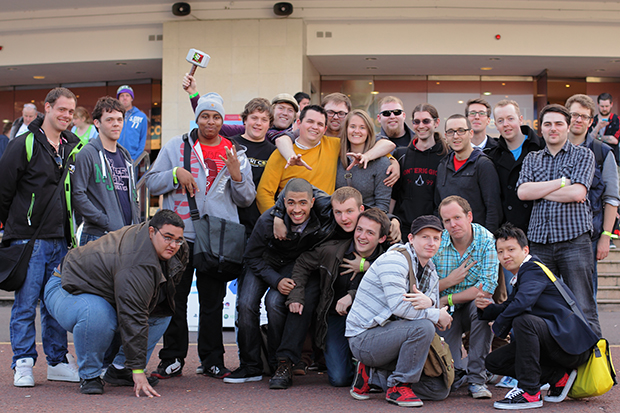 Alright, guv’nor? EGX London starts this Thursday and Dtoid Europe wants you to join us.

In keeping with recent years, the convention is going to be held at Earl’s Court One and hopefully you have your tickets already because it’s all but sold out. Don’t worry if that’s the case, though; there’s plenty organised throughout the weekend to keep you occupied.

Saturday night sees the Twitch-sponsored official after party at Namco Funscape, which, again, is already sold out. Those of us that don’t have tickets (myself included) will be going out for cocktails nearby, so there’ll be something for everyone! We’ll meet again for drinks in Soho before going our separate ways on Sunday evening and we’ll get a few meals together in too, not to mention the obligatory group photo. Actually playing video games at the convention not guaranteed.

The mailer (featuring a particularly badass colour-coded spreadsheet), the forums thread, and my Twitter, @chromatogram, are all great ways to get involved this weekend. You’ll probably stumble onto a group of us armed with copious amounts of Destructoid stickers at some point, but if you don’t, please feel free to send me a message and I’ll come and find you.

Will we be seeing you this weekend? Sound off in the comments!