When envisioning a John Wick video game, most people’s minds would probably jump to a traditional shooter. The film franchise is based around a retired assassin gunning thugs down and punching others in the throat, so some kind of third-person cover shooter might fit the bill. That would be a bit too easy, though. It would also allow for players to turn John Wick, himself, into a bumbling idiot with their failures.

That’s what first struck indie developer Mike Bithell. A huge fan of the films, his ideal John Wick game was something that would allow players to execute missions with the precision and finesse that Keanu Reeves brought to the mysterious killer. While John Wick is still human, he rarely misses his shots and never looks like a fool when tearing through henchmen. He is always cool, collected, calculated, and deadly.

If not a shooter, then what genre would fit John Wick’s style? Why not something along the lines of X-COM? You could mix turn-based strategy with real-time elements, let players have a selection of options for how to deal with individual moments, relay data that is an approximation of what would be going through John’s head, and have enough of a hands-off approach that players can’t unintentionally make John look stupid. 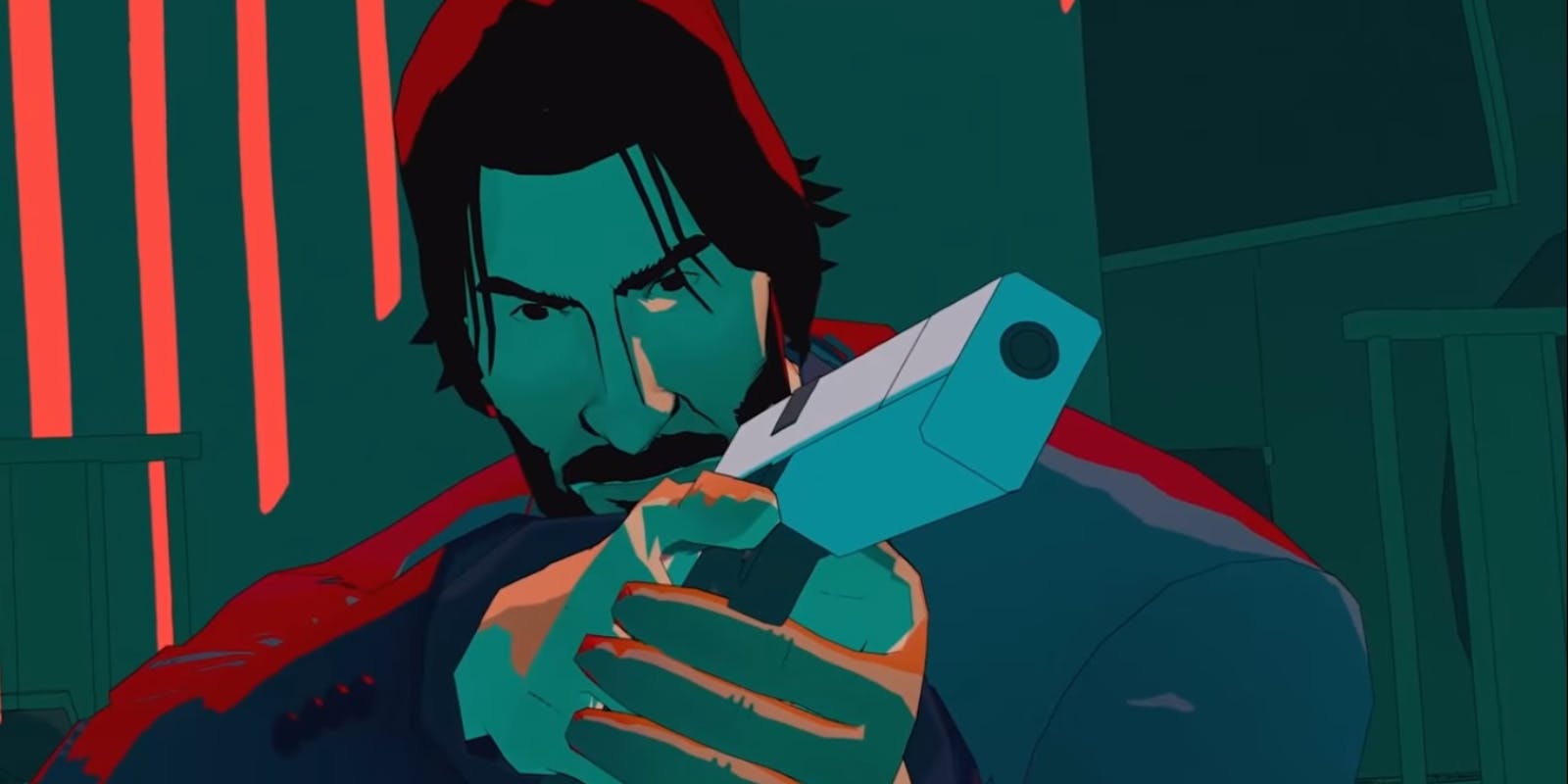 That’s pretty much how Bithell explained this vision to his producer right after seeing a crappy action film. Bithell is a huge fan of John Wick (who isn’t?) and ever since seeing it, can’t seem to stop comparing other action films to what Chad Stahelski and Keanu Reeves have created. What Bithell didn’t know is that his producer was involved with Lionsgate Games and was fishing out pitches for a possible game adaptation. After hearing what Bithell had in mind, he asked Bithell to create a prototype and send it over for consideration.

If you couldn’t guess by the existence of John Wick Hex, Lionsgate loved it. This wasn’t some cheap cash-in, but a project with real passion and an understanding of what made the films such a beloved series in the first place. John Wick might put action first, but it doesn’t stoop to the levels of B-movies or sloppy editing to convey its message. John Wick Hex, in turn, doesn’t stoop to taking the easy route for adapting a movie to a game.

After chatting about how it came to be, Mike Bithell gave me a tour of the various different systems that make Hex work. Taking place on a hex grid, players can move John around almost as if playing chess. He can walk about five steps forward before the action pauses and requires another decision. While some initial prototypes had everything working in real-time, play testing showed that players then inched their way through levels in a manner the exact opposite of how John would approach situations. 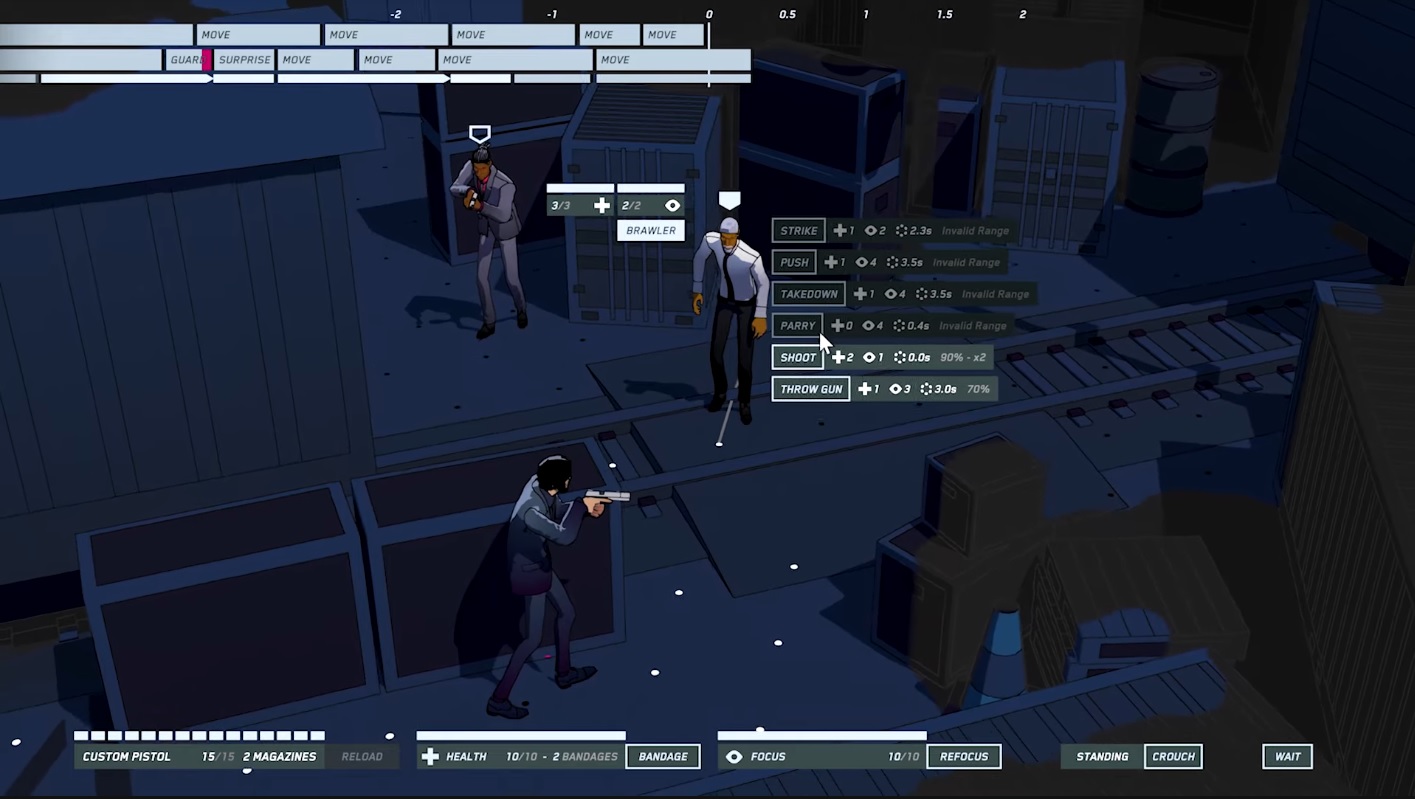 The main objective in every level is to reach the exit and proceed to the next area. Ultimately, John is on a mission to assassinate someone and players are navigating through various areas to reach his target. Since no target worth killing in the John Wick universe is unguarded, random thugs will populate these levels and necessitate that you eliminate them. You won’t be able to spot them all at once, — a fog of war is in effect — so you’ll need to consider your options when making progress towards the goal. Now we get into the real nitty-gritty of how Hex plays.

The first level of the demo started things off simple by having John approach a victim from behind. Unaware of his presence, this thug was an opportunity for Bithell to detail the numerous ways in which players can send foes to an early grave. By left-clicking on the enemy, a drop-down menu will appear with choices like takedown, strike, shoot, parry, push and throw gun. Next to each of those options is the percentage chance of that action landing. Above all of this is a meter that shows how long each action will take to perform.

While every action has an execution phase for it, certain ones also have a wind-up that will require more thought be put into their use. The reason you even need to know this is that if enemies spot you, they also work on the same kind of logic. If you’re selecting a deadly action with a long wind-up phase, it might give the opponent time to fire a shot off and damage John, which then means you’ll need to find time to heal. 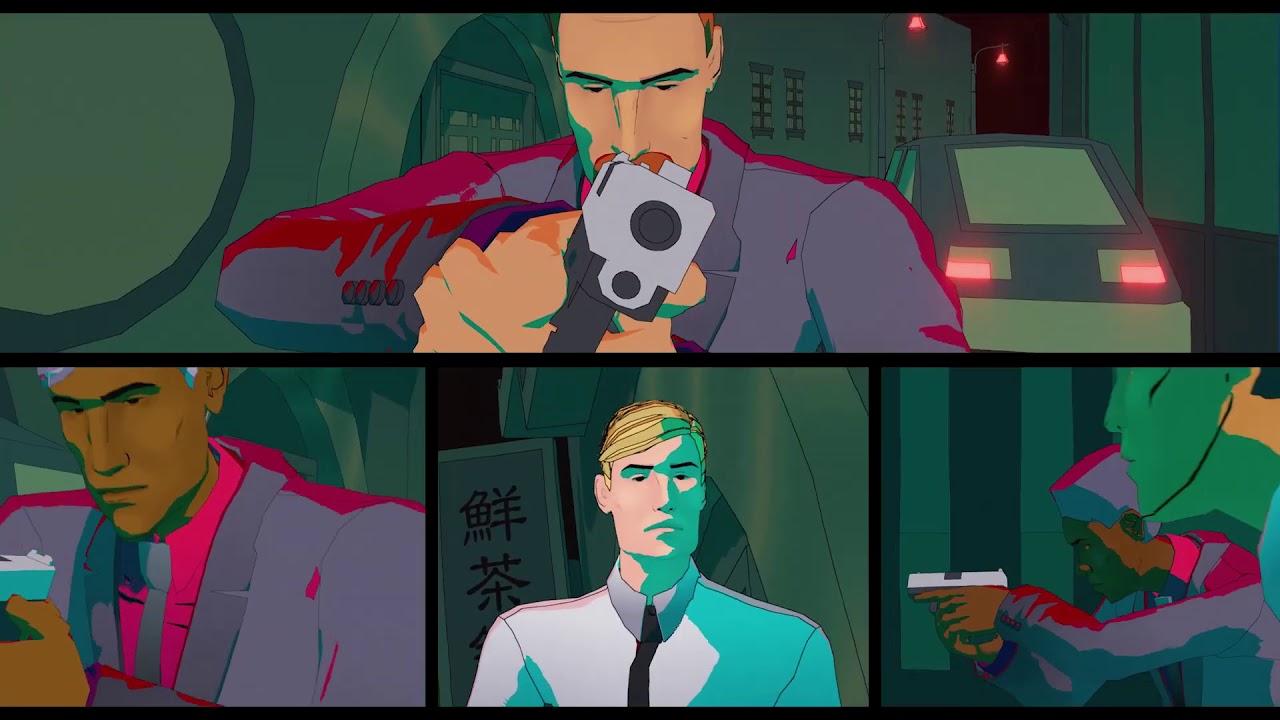 Even the act of reloading requires a small delay, which is another option you can use to your advantage. Ducking behind cover and reloading your weapon will let enemies move around for the length of that animation. You could chose to wait, as well. Since John Wick Hex isn’t strictly turn-based, you have to be thinking a few steps ahead before executing lest you wind up dead. There are some concessions given to the player to interrupt these moments, the first of which is the parry option. Parrying an incoming attack requires the usage of your “Focus” meter, which Bithell explained is sort of there to capture those moments from the films where John will become winded.

When taking a serious blow in the films (such as getting hit by a car during the intro to John Wick: Chapter 2), John is sometimes left bleary-eyed and has to shake his head to re-focus himself. That exact idea comes into play in Hex. If a foe punches you, you do a dodge roll while crouching, or you perform a takedown or parry on an enemy, you’ll deplete some of your Focus meter and need to pick a moment to recharge. Not having focus can result in your demise, so figuring out the opportune moment to collect yourself is another layer to this delicious cake of death.

Thankfully these options won’t require split-second decision making. While the action pauses once John walks his allotted distance, the game will also freeze the action the second an enemy spots you. A pink indication arrow points in the direction of your assailant and gives you the chance to stop on the spot and deal with them. You can shoot faraway foes, slap close-up ones, or just ignore them and keep moving. John Wick doesn’t always know an enemy is there, but he doesn’t hesitate to put them out of their misery. 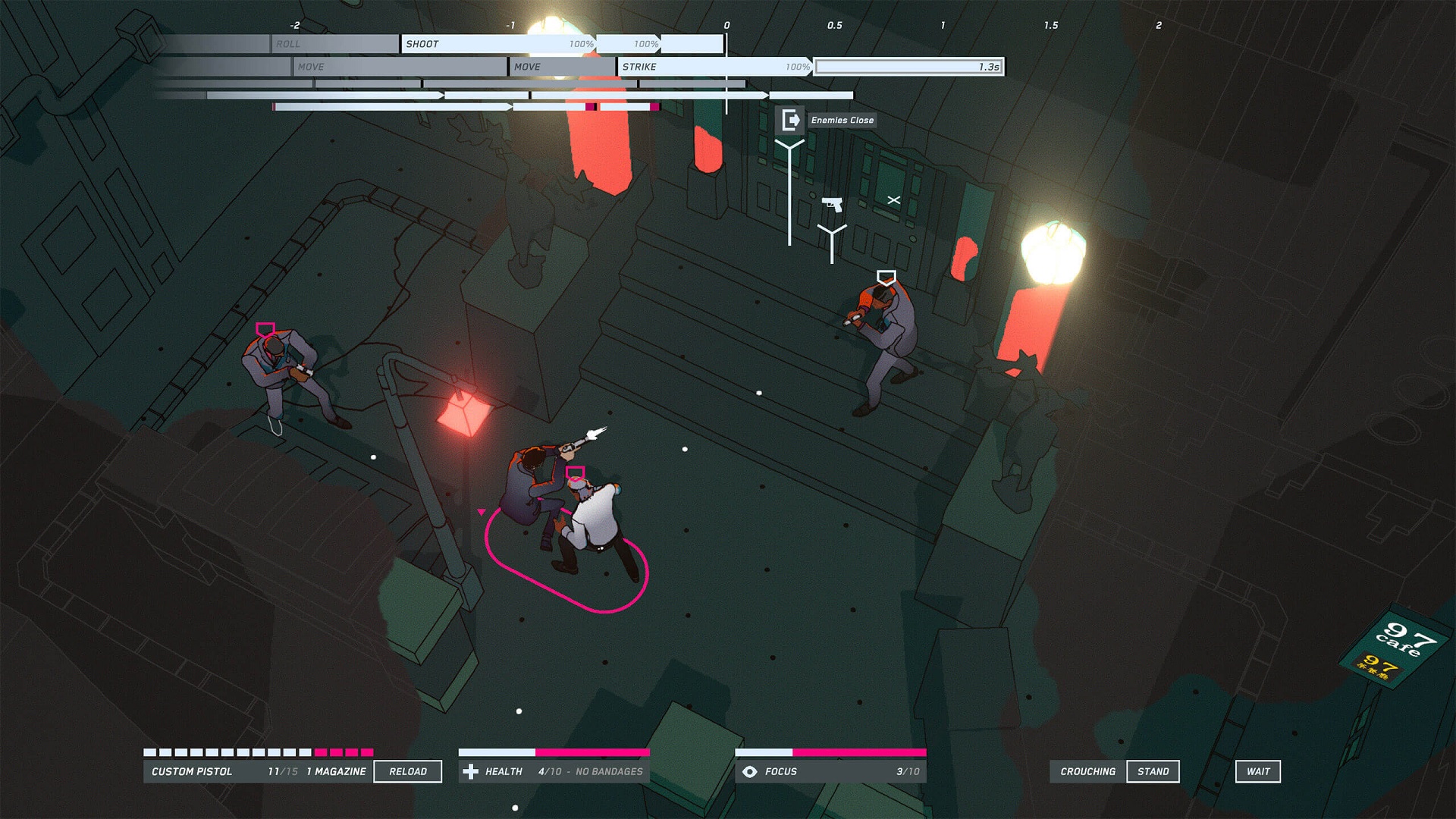 Typing this all out, I realize how daunting it must sound. I was even initially taken aback by how in-depth Mike Bithell had made Hex. When you take over the reins, though, it all just clicks. The percentages for moves makes sense, is concise, and doesn’t lead to situations where you’re certain something should have hit. The way the game pauses when getting spotted accurately recreates those film moments where John reacts on instinct. The need to grab new guns when ammo runs out captures the intensity of seeing John throw his gun down for a new one.

It’s surprising how damn well Hex gets its film inspiration. That isn’t to say I believed no one could adapt John Wick to a video game or that Mike Bithell wasn’t capable, but this really is what I imagine being John Wick would feel like. Maybe it doesn’t have hyper-violence or photo-realistic depictions of various actors, but those things aren’t a requirement for faithfully adapting a film. If you understand what makes something special, staying true to that mantra will pay off.

Mike Bithell gets it and so does John Wick Hex. I’m sure not everyone will be happy with a cel-shaded Keanu, but I couldn’t be more pleased to have a chance at becoming the Baba Yaga. A lot of games promise that you’ll feel like a bad-ass, but only a few actually make it a reality. You can count this one among the greats.