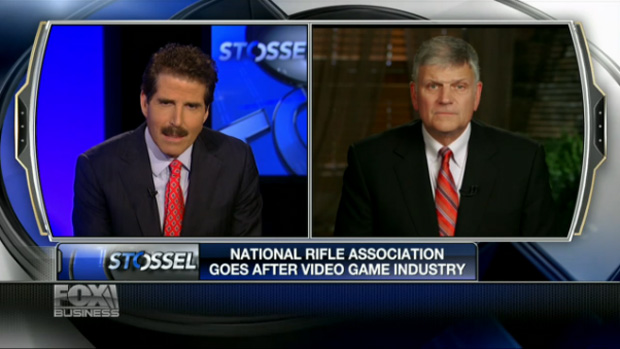 It’s not every day that you can say a Fox News personality makes a rational argument regarding any of today’s hottest trends and hobbies, but stranger things have happened.

In a recent segment of his talk show, John Stossel speaks to Franklin Graham, leader of the Billy Graham Evangelistic Association, on the issue of violent videogames and whether they should be taxed or not. Graham thumbs the Bible for a good while as Stossel looks on, dumbfounded that such bile could drip from a person’s mouth, then he proceeds to “drop the bomb.”

Many of Stossel’s arguments are facts we’ve heard countless times on games outlets — youth violence has decreased as violent games in the market increased — but it’s refreshing to hear a major news network actually acknowledge that the anti-games agenda is ridiculous. Way to go, Stossel. You’ve got balls of steel.

Do Video Games Lead to Violence? [Stossel Show via Kotaku]