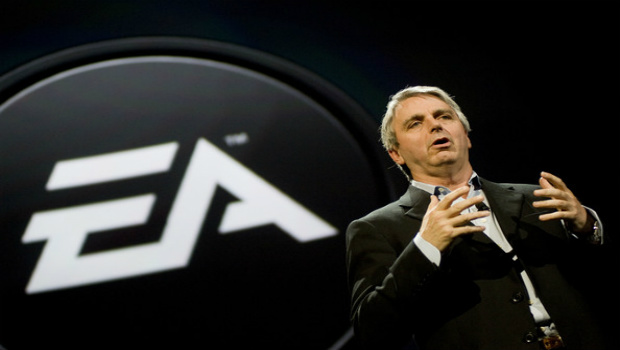 EA CEO John Riccitiello took a trip to Washington yesterday, to speak with the U.S. Chamber of Commerce. He made suggestions on how the government could support high tech industries such as the gaming sector. Other businesses could learn a thing or two from how video games, movies and newspapers have adapted to changing technologies, he believes.

Riccitiello told the Chamber that the U.S. immigration policy needs to change so that graduates and engineers can work in the U.S., presumably as underpaid games testers for EA. Apparently EA struggles to fill vacancies because the prospective employees do not live in the U.S., so they have to be hired abroad and remain there.

Education also needs to adapt, with a refocus on subjects like science and math, according to the CEO. Again, this will allow him to hire more people domestically. He said that children should be encouraged to study the arts, but only after they have done their “math homework.”

Finally he brought up U.S. tax policy and criticized a New York Times article, which suggested that the games industry was taking advantage of certain tax breaks. He stated that out of all the countries which EA operates in, the U.S. has the highest corporate taxes. The result of this is EA taking its jobs elsewhere, to “tax havens.” This is despite the fact that the video games industry is already one of the most heavily subsidized industries in the U.S.