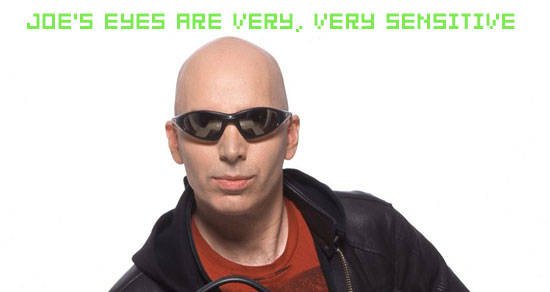 With Activision’s Guitar Hero seemingly headed full speed down the path of finger blistering fret board wankery, it was only a matter of time before some Joe Satriani tunes found their way into the mix. When Guitar World magazine asked Satriani about his thoughts on the success of Guitar Hero and Rock Band, the legendary guitarist dropped an interesting videogame-related gem.

“It’s funny you ask: Both game systems have just licensed ‘Satch Boogie’ and ‘Surfing With the Alien’ for upcoming versions,” he said, sounding a bit confused, and being very non-committal to one particular product.

Armed with that information, one can say that the songs may be coming to Rock Band as downloadable or in a sequel, or to Guitar Hero IV … or upcoming downloadable content for Guitar Hero III. Based on the nature of Satriani’s music — mostly instrumental pieces with a focus on how totally sweet and fast he can play guitar — the likely bet is that when he says “both game systems,” he means Activision’s title.

I’ll be sending a query to the appropriate PR folks for both games, and maybe we’ll get more clarification soon. Or, more likely, goons will arrive at my house wielding baseball bats engraved with the words “No comment.”