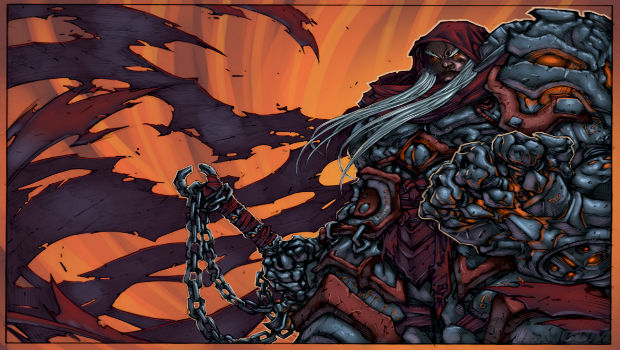 Joe Madureira, better known as “Joe Mad”, creative director of the Darksiders franchise (among many other bodies of work), announced via Twitter last night that he’s leaving Vigil Games. Joe goes into a bit more detail on his Facebook page, and explains, “After 7 long years and 2 hit games ( Darksiders BABY! ) I’m afraid the time has come for me to move on to new adventures.”

I for one loved Joe’s contribution to the Darksiders series, and I’m sad to see him go. Not only did he do a great job with Vigil’s flagship series itself, but it would have been interesting to see Vigil, with his direction, potentially shift to other IPs one day (Soul Reaver, perhaps?).

Hopefully we’ll get some updated news on the possibility of Darksiders III and IV soon — they can’t leave me hanging like this!